“Experience an awesome run in the Peruvian Andes. ”

This trek requires excellent fitness and backpacking skills. It is possible to complete the trek without a guide, but the runner must be an experienced backpacker or trail runner to do so. Guided experiences offer porters and cooks for the less-experienced. This trail can be completed in 4 or 5 days as a backpacking trip, and there are set campsites along the way.

This trail IS runnable as a long day, but only for the extremely fit (or native Peruvians who are from the area).

This run presents the opportunity to explore a lesser-known Inca archaeological site, Choquequirao. Choquequirao (which means "Cradle of Gold") is considered to be a sister site to Machu Picchu. Although it is nearly three times larger than it's more popular sister, the site itself has experienced quite a bit of erosion due to its position on rockslide-prone slopes. Additionally, it's nearly a two day journey from the nearest road, which makes visiting the site difficult and reserved for only those who are fit enough to do so.

The trek starts at the end of a mountain road near the city of Cachora. The trailhead has sparse amenities, which include an outhouse and a few vendors selling various snacks and beverages. Due to the relative difficulty of accessing the trailhead, many independent travelers choose to begin the trek in Cachora by running up the dirt road to reach the trailhead.

For the first six miles, trekkers descend nearly 5,000 vertical feet to the river basin below. Due to the geography of the slope, this side of the valley is desert-like: hot, barren, and dusty. Once the river is crossed via a suspension bridge, runners will find themselves in increasingly jungle-like terrain. The scenery becomes more lush and green as the trek continues to Choquequirao.

Upon reaching Choquequirao, runners will find themselves with views not only of the Incan ruins, but also the immense river valley and several 16,000+ foot peaks. The spot is magical.

After leaving Choquequirao, the trail ascends another 1,000 feet or so, then begins a rapid, 4,500 foot descent into a secondary river valley below. From here, the trail winds up a steep, lush mountainside, and finally peaks at an elevation of 13,468 feet after a 6 mile climb. After reaching this pass, runners will be treated to a nice meander into the village of Yanama, where they may then organize transportation to any number of the neighboring cities (and hopefully continue their journey to see Machu Picchu!).

This trail is a mixture of high desert, jungle, and mountain passes. 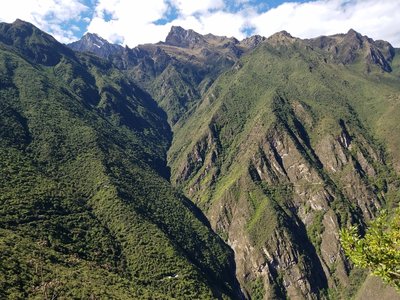 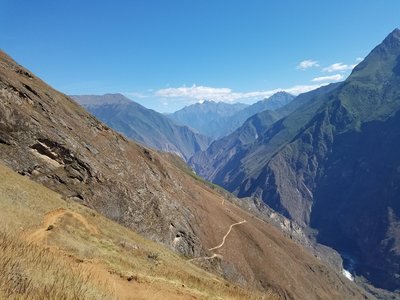 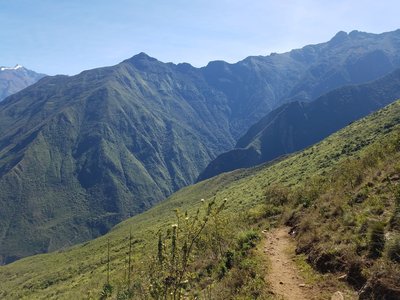 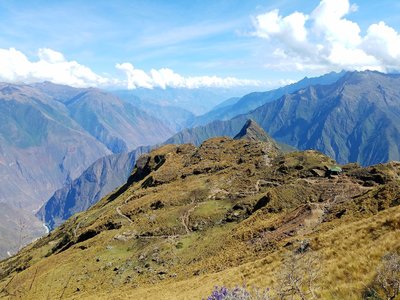 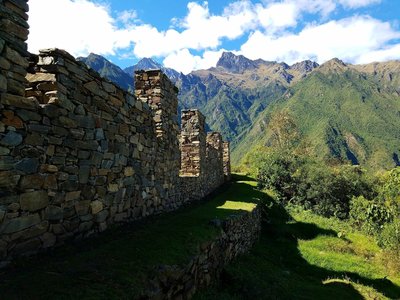 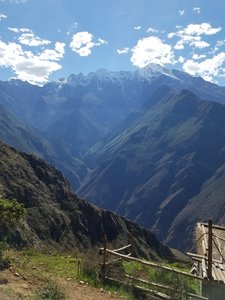