“This is awesome Florida singletrack through a variety of environments! ” 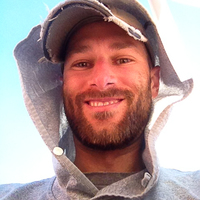 Since Florida Panthers are generally nocturnal animals, the trails are only open during daylight hours. Sometimes the gate gets closed before the sun has fully set. If this is the case and you appear to be locked in, inch your vehicle up to the gate and it will automatically open.

The Panther Trail is a rare trail in Florida that does not follow an old roadbed and is a legitimate weaving singletrack with occasional roots for the majority of its length. This is habitat for black bears and the endangered Florida Panther, so the refuge specifically recommends not running alone. From the parking area, head north through the gate in the fence. Follow the trail as it generally makes a loop around the cell tower. On the west side of the trail, there is a short spur trail to view Otter Pond. Follow signs to stay on the Panther Trail. As you start heading north again, you'll come to a junction with the Leslie M. Duncan Memorial Trail. This trail is a doubletrack suitable for wheelchairs and can be a nice add-on to the Panther Trail.

The Florida Panther is one of the most endangered of all mammals on earth with only 20 panthers existing at one point in the 1970s. With approximately 230 animals currently, this species has bounced back, but is still on the ropes. The Florida Panther is known as an "umbrella species," meaning that if you protect the habitat for the panther, you protect the habitat for hundreds of other animals. This is one of those special places that protects some habitat for Florida Panthers. Historically, they used to be found in Arkansas, Louisiana, Mississippi, Alabama, Georgia, Florida, and South Carolina. Their range and population have been affected primarily by hunting and urbanization causing habitat loss. Today, they are almost exclusively found in Southern Florida, though in 2017, the first evidence since 1973 of a female mating north of the Caloosahatchee River was found, and males (who have much larger roaming areas than females) have been observed into Georgia.

One of the easiest things YOU can do to protect the Florida Panther and help it be removed from the endangered species list is to drive the speed limit. The area between I-75 and Immokalee has some of the highest vehicle-panther accident rates, which is one of the primary causes of mortality for panthers. There are slower nighttime speed limits in this area, so please observe them. Remember, there are around 200 of them on Earth. Hitting just one with a car removes 0.5% of the entire species. In human terms, that would be the equivalent of a massive plague that ended the lives of 350 million humans. (That's more than the entire population of the United States! It's worth it to drive the speed limit and be aware....)