“Trail #049 heads along the perimeter of Jackson Falls at the base of the bluffs. ”

People do run this loop, but it is rough terrain.

Trail #049 takes you along the base of some pretty spectacular bluffs, through a maze of huge, house-sized boulders, and crosses a few creeks in the Jackson Falls area. The views are amazing for almost the entire trail!

Trail #049 starts right near where you climb down into the canyon. You can go left or right. I prefer going right (south) making the southern portion of the trail a long descent instead of a climb. Right off the bat, you'll be running through some very impressive rock formations and stacked boulders. Explore around right here—it's very cool. Continuing south, you'll see more epic photo ops than you know what to do with. There are bluffs for miles! They just don't stop! And with so many big rocks to run amongst, you'll find yourself off trail often. But don't worry, Trail #049 is easy to see/find when you do.

As you near the end of the bluffs on the east side, the trail comes to a small horse-camp area and turns right off into the valley you've been running beside. This part is not very exciting, but it does cross a couple small creeks. The water in all these creeks is pretty clean, but I'd run a filter just to be sure. Also, keep an eye on the left side for a turn in the trail if not using GPS. The trail looks like a ditch due to washouts.

As you near the bottom of the long descent, you'll come to a trail intersection. Trail #049 goes left and 049D straight ahead. 049D follows the creek a little ways, crosses, then ties into 049E. 049E then goes pretty much straight to the main falls area should you want to skip the west side bluffs. Heading to the west side? Hang a left and cross the creek. Normally, it's easy to cross via rock stepping stones without getting wet. Actually, two creeks converge here. After crossing the first one, the trail goes right alongside the second creek and continues west for 0.25 miles then loops you under even taller bluffs.

Continue on at the base of the bluffs, now heading east, and you'll be treated to another onslaught of magnificent views. You'll likely encounter a few, or possibly many, rock climbers along this stretch depending on the weather/time of year. It is the Mecca for rock climbing in Southern Illinois and is one of only two places that it's publicly allowed.

After about a mile down the bluff line, you'll be at the base of the main falls at Jackson Falls. This is a really cool area! Check downstream here too for neat little nook and cranny falls and pools.

After crossing the creek at the falls, there are many user-created trails along the base of the final epic bluffs. Trail #049 is not marked well through here, but if you stay close to the bluffs, you'll run right to the East Falls and the point where you climbed down into the canyon to begin this trail. 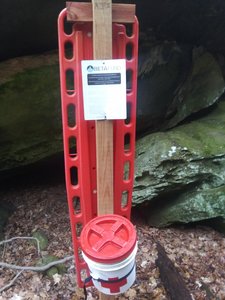 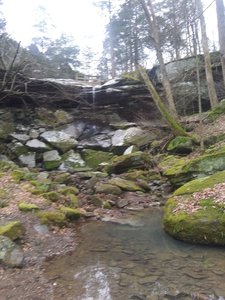 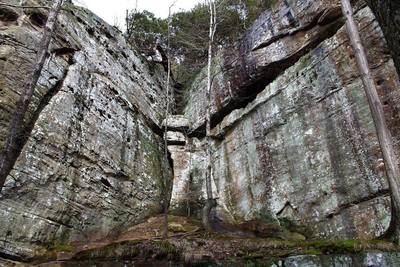 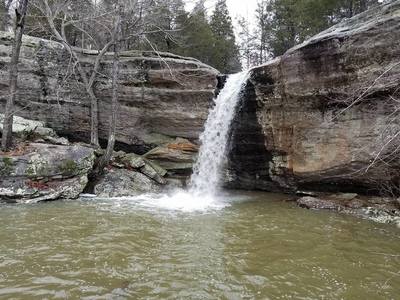 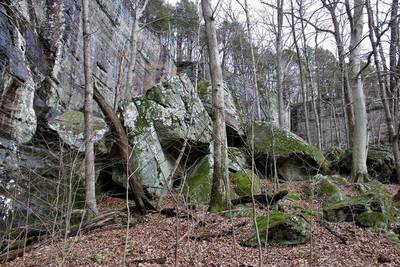 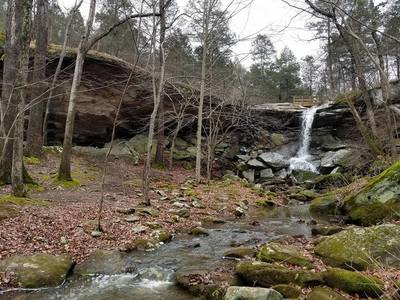 River To River Trail: Garden of the Gods Wilderness Section

Garden of the Gods - Outer Loop

Rim Rock/Pounds Hollow Out and Back