“A more challenging approach to the Blue Lake Basin in the Sky Lakes Wilderness. ”

The usual federal wilderness area regulations and restrictions apply here. There may also be additional wilderness-specific restrictions in force; check with the district office if in doubt. Practice Leave No Trace (LNT) backcountry skills and ethics. Camp 100 feet from fragile areas; bury human waste at least 200 feet from water, trails, and campsites. This trail is usually closed by snow from November to June. Trail may be impassable during spring high water.

The South Fork Rogue River is bordered for part of its length by three trails: the Lower, Middle, and Upper South Fork Trails (all USFS #988). The Lower and Middle trails are described in almost every running guidebook for this area, whereas the Upper Trail is rarely mentioned. The Forest Service describes it as a minimally maintained primitive trail, one not recommended for horses, and a challenging workout for those on foot.

This trail starts at the Upper South Fork Trailhead at the end of Forest Road 720–an unpaved parking area and signage, but no amenities. From here, the #988 parallels the South Fork Rogue River up the valley floor under the forest canopy and between low, lush vegetation, across more than a few marshy spots, and through upland forest.

The tread is clear of obstructions for the first 2.2 miles, then it's condition deteriorates to one of no recent maintenance, overgrowth by low brush, and vagueness in the larger marshy areas. Following it isn't hard, but you have to pay a lot closer attention and, in a few spots, hunt some to reacquire it after crawling over a downed tree. The trail makes three significant water crossings: two of tributary creeks and one of the South Fork itself. These could be a challenge (or impassable) during the spring runoff.

After crossing the South Fork, the trail climbs more steeply and, at about 5,400 feet, almost disappears into a large meadowy, marshy area—there are pieces of surveyor tape marking the way here. After this meadow, the grade eases to almost level and the trail becomes totally obvious.

The Upper Trail enters the Blue Lake Group past Beal Lake, then Mud Lake, and then Meadow Lake, before reaching an unsigned junction with the Blue Canyon Trail #982 at the eastern edge of Blue Lake. From this junction, going south then southeast on the #982 will eventually take you to Island Lake, while heading northeast, will take you up to the Blue Canyon Trailhead.

The Upper #988 is primitive as promised (particularly its second half) but not challenging other than (maybe) for some spots of routefinding. Obviously, if all you want to do is get to the lakes as quickly as possible, then use the Blue Canyon Trailhead and the Blue Canyon Trail #982; otherwise, the #988 makes for a more interesting, if somewhat longer, alternative. 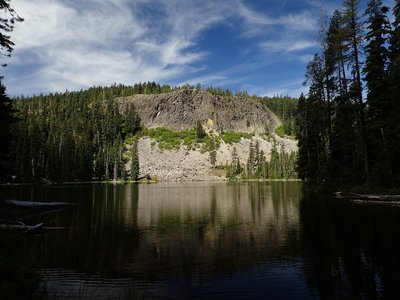 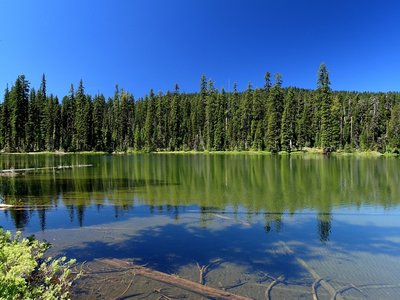 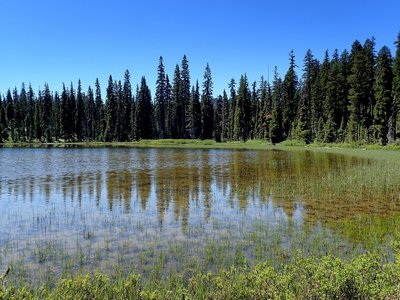 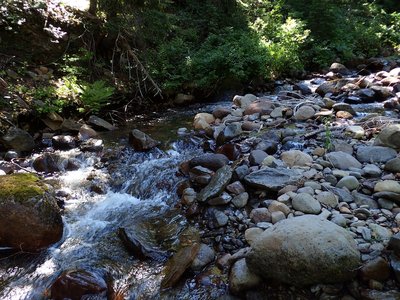 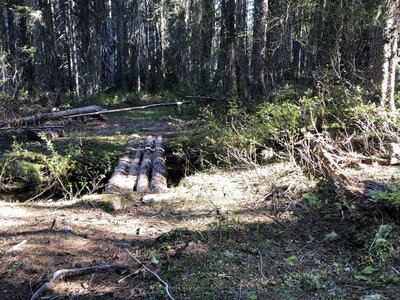 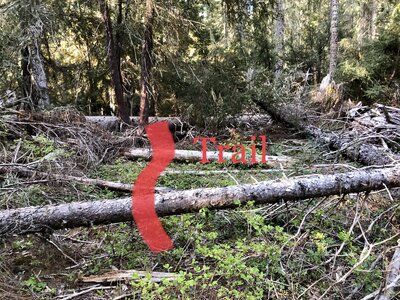