“A popular run to great views of the Rogue Valley and beyond from an old lookout site. ”

The trailhead is usually accessible all year, but the trail climbs to 7,000 feet and its upper parts may be snow-covered from November to April. Water along the trail from intermittent creeks and Cold Springs is not tested and may be unsafe to drink unless filtered or treated. There are no amenities (toilets) or potable water at the trailhead.

This is one of the classic runs near the Rogue Valley. From the old lookout site at the end of the trail, you'll have panoramic views of the Rogue and Little Applegate Valleys and surrounding mountain peaks, including Mount McLoughlin and Mount Shasta. Wildflowers fill the meadows along the trail from mid-spring to early summer.

At present, there is no obvious sign at the trailhead, so look for a large, pothole-filled parking lot off Forest Road 22. The trail starts across the road from the parking lot, climbs through an old timber sale, then follows an abandoned roadbed for 1.2 miles to the edge of a massive landslide that occurred in 1983. After crossing the now vegetation-covered slide, the trail rises slowly through old-growth stands of Douglas, noble, and white fir into an open area filled with sagebrush. It then climbs a few switchbacks to Wagner Glade Gap, 2 miles from the slide. There is a four-way trail junction at Wagner Glade Gap. Ahead (east) is the Wagner Glade Trail, to the right (south) is the Split Rock Trail, and to the left (north) is the continuation of the Wagner Butte Trail.

Turn left (north) and follow the trail as it gradually ascends the western flank of Wagner Butte for 2 miles until it ends at the base of the rock pile on which stood the now long gone lookout. A short, easy scramble up the rocks will take you to the remains of the lookout—just its guard rail and foundation blocks. Note that the old lookout site is not the actual summit of Wagner Butte, just the best place for a big view. On a clear day, you can see 80 miles or more in every direction. 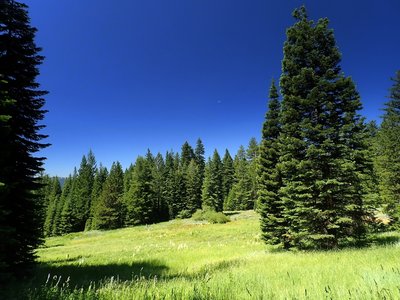 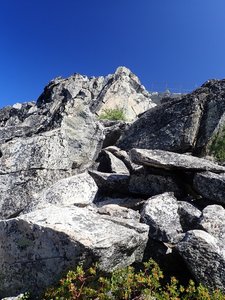 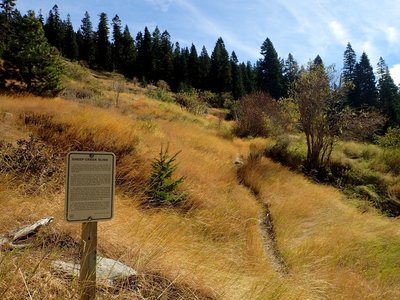 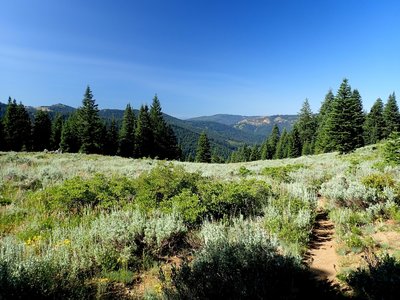 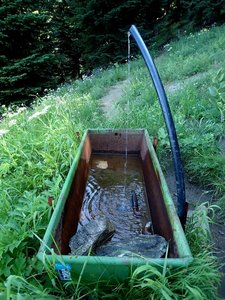 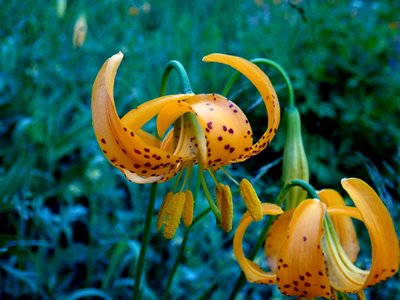