Beginning from the Nick-a-Jack Road trailhead, the trail makes a general ascent for nearly 4.0 miles to come close to the top of High Point, the aptly named highest point on Lookout Mountain. During this stretch, the trail crosses Long Branch creek twice, as well as crossing Tower Road, a winding, private gravel drive.

From the power lines, the trail makes a steep half-mile descent down to Long Branch for a third crossing, before making the steep ascent for another half-mile. Another half-mile and you come out on Highway 157, directly across from the 5 Points Trail system. Keep going on the Cloudland Canyon Connector Trail - 5 Points Section, head backwards on the trail for a relatively long descent, or bail and take Highway 157 to Nick-a-Jack Road and the parking lot.

This trail is older than the rest of the system, and far less refined. Much of it is relatively smooth, but a good bit is rougher with rocks and roots. The ascent from Long Branch headed north in particular is more invovled, both because of the steep grade and the loose rocks and switchbacks. 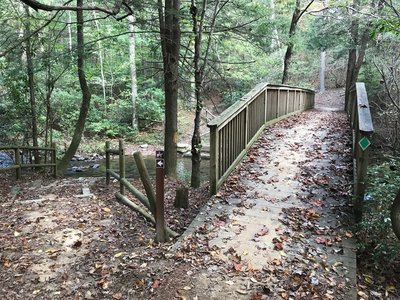 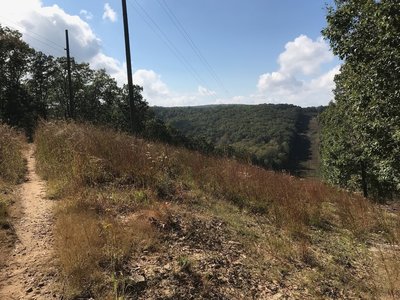