“A trail that passes through forest and open meadows with lots of views. ” 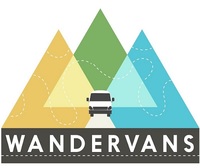 The trail will soon cross Poison Creek passing through several bogs. At 2.5 miles, you'll then cross Squaw Creek before steeply climbing through a meadow. Near a creek crossing the trail will suddenly change from going southeast to east. Look for a large arrow cut in a tree on the west side of the trail.

Now you'll pass into mostly open meadows and will be following rock cairns as you ascend a small hill, and pass the intersection of the Wilson Corrals #135. You'll then reach the northern end of Wilson Meadows, which can be boggy in the early part of the year. At the southern edge of Wilson Meadows, the West Mountain Trail is intersected by two other trails. The trail gradually climbs southward towards Jacob's Ladder.

After passing Jacob's Ladder you'll approach Hangman's Tree, which is signed in a prominent saddle north of Tripod Lookout. Here is a good place to take care of your unruly friends. Within a half mile you'll then pass the Renwyck #138 Trail and then you'll intersects with a short trail that climbs to Tripod Lookout. After Tripod Lookout you'll descend. There is an unblazed section of trail that overlaps an unsigned, well-traveled road for a quarter mile before the trail turns off the road and travels in a southwest direction. The trail ends at the road to Sagehen Reservoir.

At times, a lot of cows can be grazing in the area so beware of faint trails when in the open meadows. This trail is currently only cleared every three years by the FS, but the Idaho Youth Conservation Corps and the Back Country Horsemen are working to keep it cut out more often.