“From forested hillsides to rolling tundra and high alpine lakes, this loop has it all. ”

As per Weminuche Wilderness regulations, camping and disposal of human waste is not permitted within 100 feet of the streams or lakes. Pets must be under voice control or leash.

The Weminuche Wilderness, a remote and rugged parcel of southwestern Colorado wildlands, has over five-hundred miles of trail and a few roads traversing its 488,210 acres. Entering the high alpine tundra of Colorado’s largest wilderness usually involves an overnight backpacking trip, but Highland Mary Lakes is a spectacular exception that can be reached in just a short excursion through the high country's Continental Divide Trail and Cunningham Gulch Trail #502. Add in a return trip along the Highland Mary Lakes Trail #606, and you can find hours of unspoiled backcountry all to yourself.

Be wary of coming storms when traveling along the CDT.

A GPS and backcountry know-how are a plus along this route, as wayfinding can be difficult above treeline. It's too easy to wind up on the wrong trail, and it would be a long day of backtracking if that were to happen.

From the start, the Highland Mary Lakes Trail #606 follows a curvaceous path along Cunningham Creek. After 0.4 miles, the trail reaches a junction with the Cunningham Gulch Trail #502.

Turning left, the climb strains towards treeline, garnering some 1,000 feet of elevation before soon settling again. Brilliant grasslands of the high alpine tundra stretch out from horizon to horizon, and the brief hiatus from the region's heavy snowfall yields vivid fields of blooming wildflowers.

Meeting with the Continental Divide Trail just shy of two miles, the terrain pulls out of the rolling plateau toward a rocky stretch. Already feeling the effects from the elevation, the going gets tough as the climb logs another 100 feet before leveling again amidst a number of small ponds.

3.3 miles from the trailhead, veer right onto the faint and unmarked trail, where dramatic views of the 13,000 foot monoliths of the Needle Mountains subrange unfold beyond the grassy hillsides. At its exit from the CDT, the route meets with the braided waters of a steep drainage. While wooden stakes do keep route, this primitive trail is hard to follow, growing faint to nonexistent at times. One last push gains 125 feet, then heads westward toward its descent into Verde Lakes.

The true route then turns to the north well before its banks, traveling between three of the seven Highland Mary Lakes. However, off-trail exploration touches the waters of all. If you do decide to go the way of off-trail exploration, keep Leave No Trace principles at the forefront.

Tracing easier grades along Cunningham Creek, the Highland Mary Lakes Trail #606 finds its way to the trailhead in no time.

Wildflowers abound all along this trail.

A second 4WD road near the trailhead leads higher into the mountains to the Highland Mary Mine.

Following a spiritualist's advice, the Ennis Brothers came to Highland Mary Lakes to dig for gold in the late 1800s. It took a decade, but eventually, the brothers struck it rich with silver. Sadly, after putting nearly a million dollars into the mine, they went bankrupt and had to sell it off. Little did they know, the Highland Mary Mine would eventually come to be the second most successful silver mining venture in the Silverton Area. 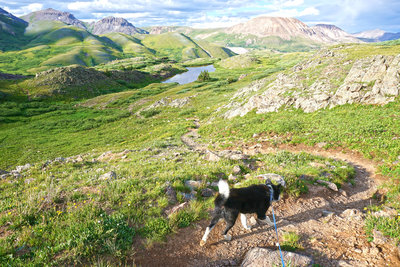 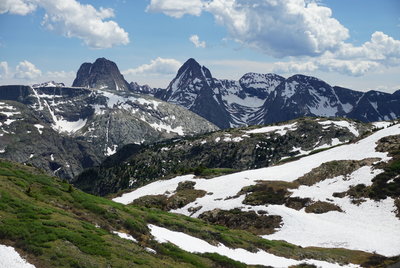 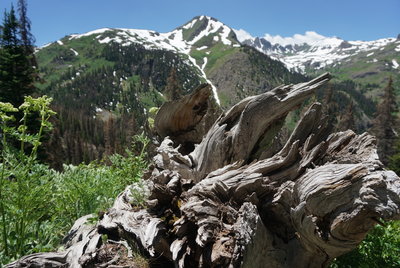 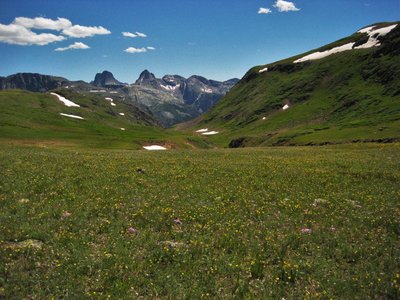 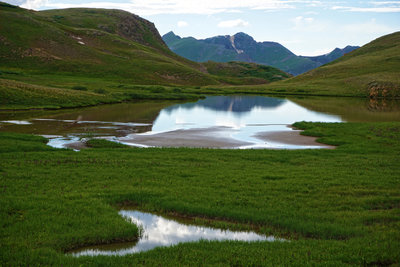 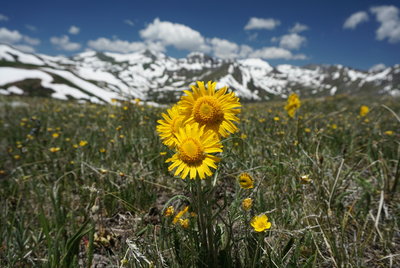