“A short run to a summit with magnificent views across the Arkansas River Valley of the Sawatch Range 14ers. ”

Open all year. Usually snow-free, but it can hold snow for a few days after storms, and there is often snowpack from the ridge to the summit (this section is north facing). No water is available except at the trailhead (loo and water fountain in summer, portapotty in winter) and the river for pooch.

This five-mile out-and-back provides runners with quick access to great views from Midland Hill. The summit is the goal, but you'll have to work harder the closer you get to it. The views and surroundings make it well worth it.

Running is possible, but there are many rock steps, roots, switchbacks, and steep sections.

Parking at the Buena Vista River Park, cross the bridge over the Arkansas River. There are many trails on this BLM property, but we're headed right to the top of Midland Hill. As you run beside the river, there will be a couple of trail intersections, but always take the right trail, which is basically straight.

Soon, you'll veer away from the river and start heading up. After about 300 vertical feet, you'll come to CR304, originally the Colorado Midland Railway which went from Colorado Springs to Grand Junction. Cross the road, and continue on the trail marked 6032. Another junction (North Broken Boyfriend)will veer left but again go straight (the right fork). You'll be able to see the summit from here, but first you traverse the slope in a SE direction for a while. At the junction with South Broken Boyfriend go left.

When you come to the very large boulders, the steep part of the trail begins. The trail is well made, but keep a close eye out so you don't miss one of the numerous switchbacks. When you gain the ridge, the hardest part is over. Follow the ridge for a bit, switchback a couple more times, circle the summit block counterclockwise and you're there. Now, have a seat and look west. The short view is of the Arkansas River and Buena Vista. But across the valley you'll see 14ers Mt. Columbia, Mt. Yale, Mt. Princeton, Mt. Antero, and Mt. Shavano, along with major 13ers and many 12ers and 11ers.

Then turn to your south. Mt. Ouray dominates the horizon, as well as Methodist Mountain near Salida, and then farther south the Sangre de Cristo Range. You'll also be looking into Brown's Canyon National Monument, but won't be able to identify it unless you know where to look.

When you're ready, just retrace your steps back to the parking area.

Lower down is mostly piñon, then the upper reaches hold ponderosa pine and other conifers. Sage is the dominant shrub. Although not often seen, there are mountain lions, bears, and coyotes. Rattlesnakes are not common, if ever seen, this far north in the valley. They are more prevalent around Salida. 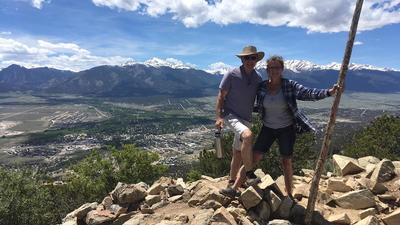 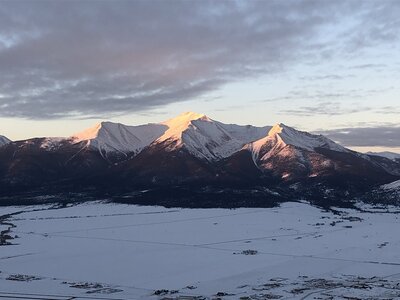 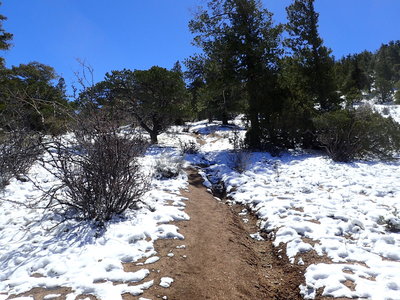 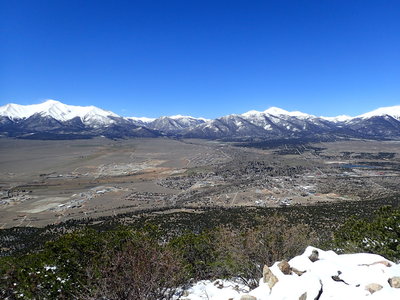 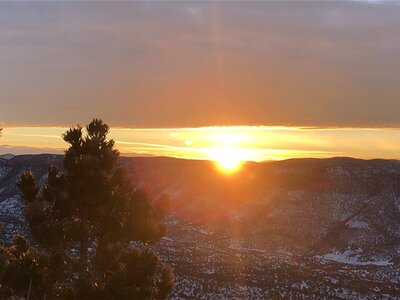 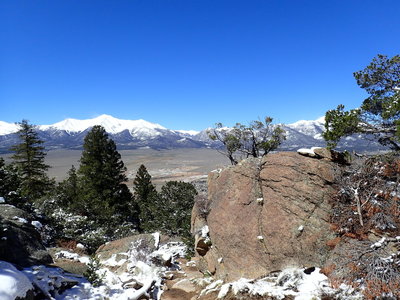