“This is a moderate trail from the Lake Louise parking area to the shoulder between Saddle Peak and Fairview Mountain. ”

Trails can close due to bear activity so have back up plans (and carry bear spray).

The trail begins from the parking areas for Lake Louise on the northeastern end of the lake. This trail heads south and gets less traffic than the runs to the Plain of Six Glaciers Trail.

Finding the beginning of the trail can be a little tricky due to the mess of trails at the beginning/connecting the parking areas together. Look for the Fairview Lookout Trail to help find this one. After a few hundred feet the lookout trail with branch off to the southwest. A bit further, the mixed use trail that connects Lake Louise to Moraine Lake will branch off to the east.

Continue south on the Saddleback Trail to start gaining some steady elevation. This first part of the trail isn't too special - you're in thick woods so you don't have great views - but it is well-maintained and not too steep. Eventually, you'll be rewarded with the first real views from the trail in a large old avalanche clearing. You'll be able to see Fairview Mountain to the southeast and the Bow River Valley to the north.

The trail remains clear until a small branch deep in the woods. You can actually go either route: straight ahead will continue on the main Saddleback Trail and the route to the right is a much steeper shortcut trail that links back up with Saddleback trail in the next large avalanche clearing.

Continue gaining ground as the trees thin out and views get better. The trail is still clear and well-built as you pass though some boulder fields. After a few switchbacks, the trail will level out on the shoulder between Fairview Mountain and Saddle Peak.

From here, you can get great views of Mount Temple, continue down into Paradise Valley, climb to the top of Fairview Mountain, or head back down to Lake Louise. 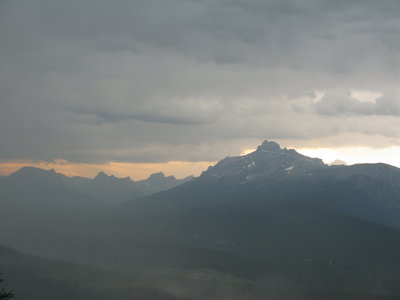 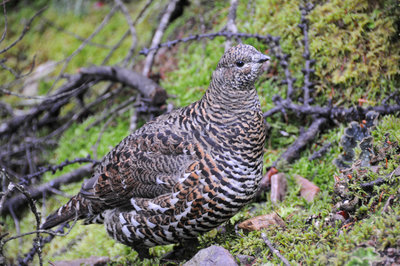 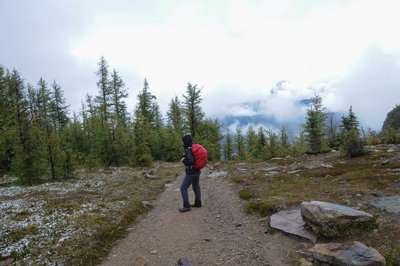 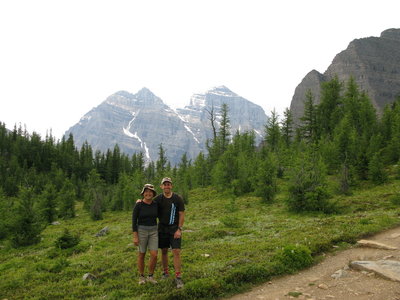 All Clear 51 days ago See History

Healy Pass Out and Back