“Enjoy this redwood forest trail along a hillside and ridgetop. ”

Starting off in the redwood forest, Lost Empire Trail immediately begins climbing the ridge that forms the southwest side of the Fall Creek Valley. The trail is on a forested hillside that drops off steeply to the right of the trail in places. After about 1.25 miles, the trail noticeably veers left to follow the seasonal Barrel Mill Creek upstream. About 0.4 miles later at the Lost Camp landmark, the trail goes right to cross Barrel Mill Creek. The forest is quite dense, with almost no sunlight reaching the trail here. After passing Lost Camp, the trail soon turns left to continue climbing the forested ridge.

After passing Big Ben Trail, the climb along Lost Empire Trail eases. From here to the end of Lost Empire Trail, the trail has short ups and downs as it winds through the redwood forest. The trail is near the ridgetop and is therefore much sunnier over its last 2.9 miles. A few seasonal streams are passed. This trail section has some of the largest redwoods in the park. There are also large old-growth Douglas firs and other trees and vegetation. Occasionally, glimpses of the surrounding Santa Cruz Mountains can be seen through the trees. Lost Empire Trail passes two more marked trail junctions with Sunlit Trail, Lost Empire Spur, and Pine Flat Trail. Stay to the right at these trail junctions. These three short side trails end at the road.

After 5.3 total miles, Lost Empire Trail emerges from the forest on a quiet, residential side road. 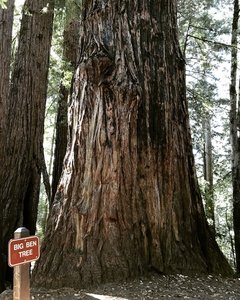 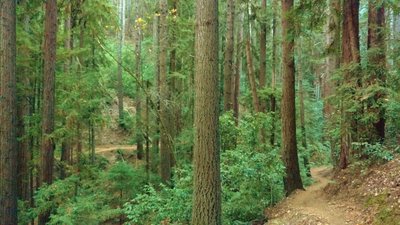 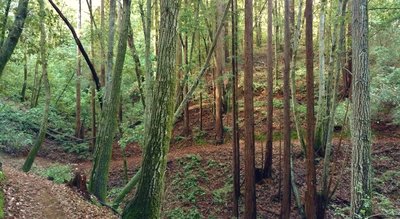 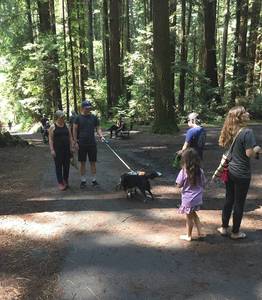