“A popular, strenuous journey to the highest peak in the contiguous United States. A must-do. ” Wilderness permits are always required for this trail, and between May 1 and November 1, a quota permits only 60 overnight users and 100 day users per day: fs.usda.gov/detail/inyo/pas…

At Whitney Portal, find the trailhead for the Mount Whitney Trail located below the Whitney Portal Store. Climb along the North Fork of Lone Pine Creek along several long switchbacks. Pass Lone Pine Lake at 2.8 miles. This is as far as hikers can go without a day or overnight permit.

At 3.5 miles you'll reach Bighorn Park, a scenic meadow with granite cliffs on both sides. A short while later is Outpost Camp at 3.8 miles. Following Outpost Camp is Mirror Lake. There is no camping allowed at Mirror Lake due to damage from overuse some decades ago.

Past Trail Camp are the infamous 99 switchbacks that climb the granite slope to Trail Crest, at 8.5 miles and 13,645 feet - the highest trail pass in the United States. You'll get your first views west of the mountains, and they are spectacular. During the winter and spring, the switchbacks may be covered with snow and inaccessible. In this case, hikers must instead climb The Chute to Trail Crest using winter mountaineering gear. It may be tempting to glissade down The Cute on return from the summit, but the area can have hidden rocks and is dangerously icy once it freezes in the shadow of the mountain.

Once you've come this far, it's a close jaunt to the summit of Mount Whitney, but you'll need to transition to the John Muir Trail to get to the top. Check out the Mount Whitney via Mount Whitney Trail run for full information.

Dog information: Part of the trail is in the Inyo National Forest, which permits dogs. Dogs must be kept on a leash no more than 6 feet long during the day, and in a tent or vehicle at night. Dogs are not allowed in developed campgrounds. The trail from approximately Trail Crest to the summit is in the Sequoia Kings Canyon National Park, which does not allow dogs. 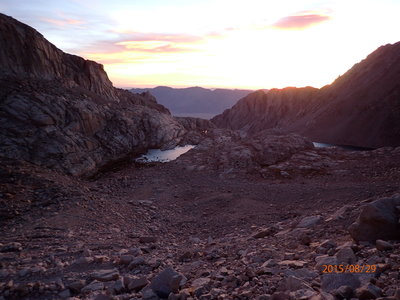 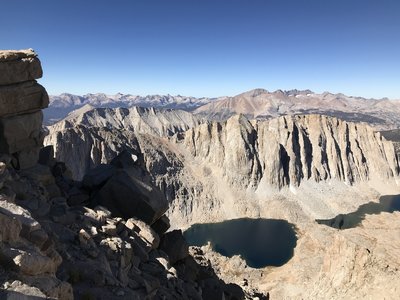 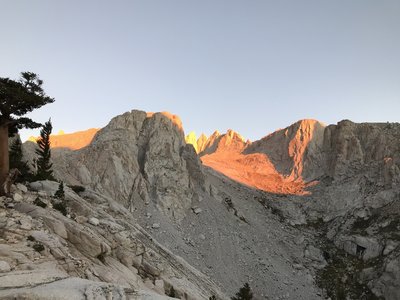 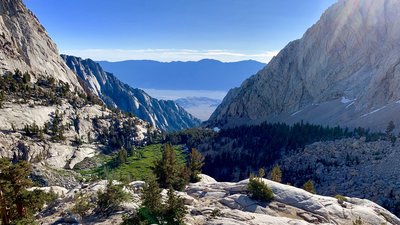 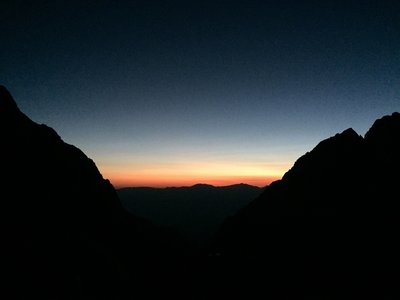 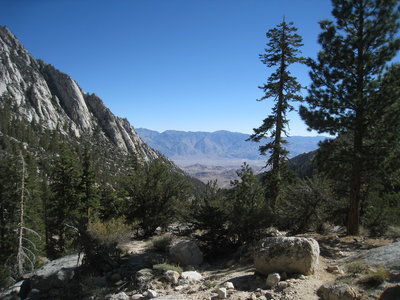