“A short trail to the Hidalgo Cemetery site from the old Mine Hill settlement area. ”

The Hidalgo Cemetery Trail is an open, wide trail with magnificent views of the unpopulated Santa Cruz Mountains. It is an offshoot from the Castillero Trail near the Mine Hill Rotary Furnace ruins. From the Castillero Trail, the Hidalgo Cemetery Trail soon passes ruins of the on-site New Almaden Mine supervisor's house, on the right. At this point, one can see the extensive view that the mine supervisor enjoyed from his front rooms, to the left of the trail.

A few hundred yards further down the trail, is its junction with the Yellow Kid Trail. This is the site of Spanish Town where the Mexican, Chilean, and Spanish miners and their families lived. One continues down the Hidalgo Cemetery Trail enjoying views of the Santa Cruz Mountains and Almaden Reservoir. After about a half mile one arrives at the site of the old Hidalgo Cemetery. The fenced area remains, but the tombstones have been removed. 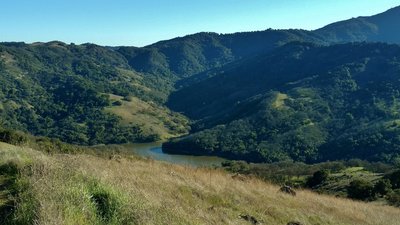 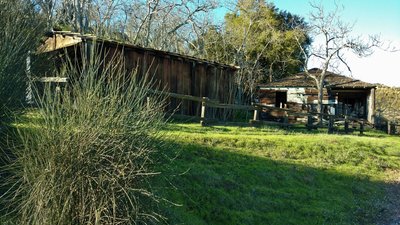 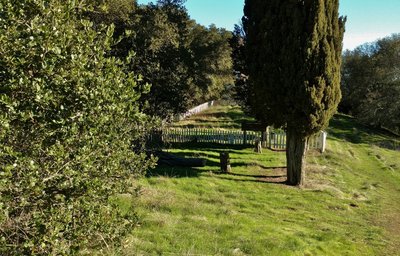