From Scenic World, Katoomba explore the cliff-edge and escarpment through to the majestic Wentworth Falls before plummeting off Kedumba back to the mystical 'Leura Forest'. A final assault of the legendary Furber Stairs will deliver you back to where you started, after having covered 50kms of the World Heritage listed Blue Mountains National Park.

This race typically sells out in moments. Ensure you register early. Entries are mid-October. Check the website for details.

Remember the mandatory gear list is EXTENSIVE and well checked at registration.

The race starts with all the glitz and fanfare expected of Australasia's biggest trail race and almost 6 kilometers of road to thin the masses before joining the cliff-edge track above Katoomba Cascades to Three Sisters and Echo Point.
Upon reaching the Three Sisters Information Center, the race descends Giant Stairs. These stairs are winding and narrow in places and care should be taken in the wet.

Giant Stairs terminates at the valley floor and heads towards Dardanelles Pass through Leura Picnic area on the Fern Bower track. After only a few short kilometers, the race begins its first major ascent of the day up many flights of stairs passing Lila Falls and Marguerite Cascades and the incredible Bridal Veil Falls on it's way back up to Prince Henry Cliff Walk. Around 1300 steps will separate the bottom and top of this climb, and in total it represents the longest single ascent of the race.

From atop the escarpment, the 50km course rejoins Price Henry Cliff Track and undulates past Olympian Rock and Elysian Rock towards Gordon Falls. Continuing through Gordon Falls Reserve, the course navigates multiple braids and lookouts eventually meeting the Pool of Siloam. From here, a short climb awaits as runners ascend toward Golf Links and Grand Cliff Top Track before joining a short sequence of roads and footpaths enroute to the Fairmont Resort and the first aid-station of the day.

From Fairmont, the course takes in some elevated boardwalk before rejoining the Grand Cliff Track towards Lillians Glenn and Empress Canyon. Here the UTA50 and UTA100 courses split with this, the 50km taking a higher route around the Nature Walk to the Information Hut.

Many visitors to the area frequent this section of trail and the Shortcut, Princess Rock and Undercliff tracks must be shared as you approach Wentworth Falls, the area's namesake. Immediately after Wentworth Falls, leave the main track for 'Rocket Point' and 'Round Track' as you climb briefly towards Hordern Rd. Ahead lies several kilometers of road and the dogleg of Coronation Drive will deliver you on Kings Tableland Road before gentle terrain gives way to the Queen Victoria Hospital Aid-Station.

Leaving the aid-station, the course descends the infamous 'Kedumba Valley Rd' for what totals almost 8kms before crossing Jamieson Creek and beginning a sequence of long gradual climbs on forestry roads that return you to the forest beyond a grassed clearing and small aid-station in what was once the Katoomba Sewage Treatment Station.
The trail narrows to singletrack and re-enters Leura Forest before tracing a line along the base of the escarpment on Federal Pass.

A couple kilometers of flat running on Federal Pass will bring you to the last climb and some 952 steps of Furber to the Finish. 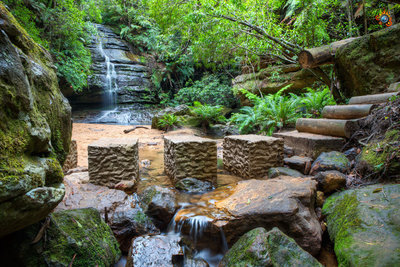 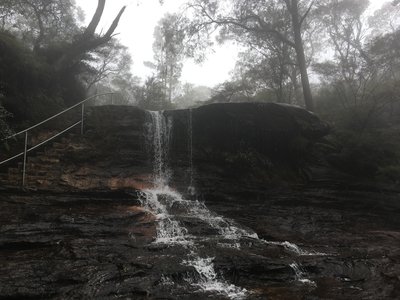 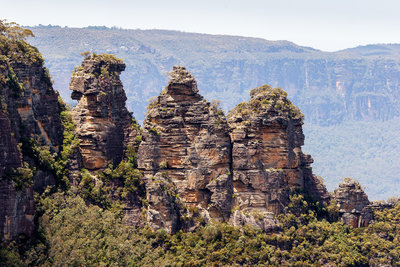 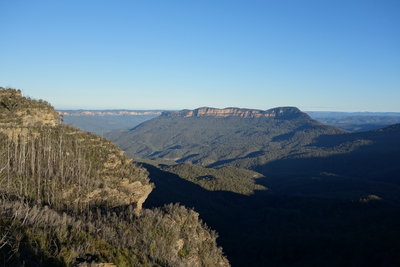 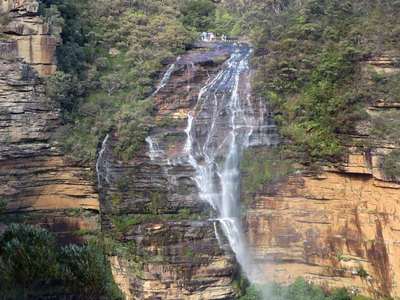 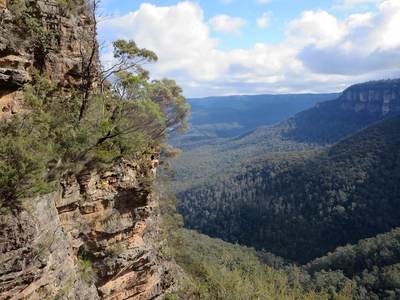