“A nature-watcher's delight that follows trails through the Cosumnes River Preserve. ”

Cosumnes River Preserve is open daily from sunrise to sunset. Portions of this run may become impassible during the winter as nearby fields are flooded.

A peaceful wander through the Cosumnes River Preserve invites visitors to slow down and enjoy their surroundings. The area's surprising array of birds (both migrating and resident), plants, and creatures makes this a choice destination for nature watching. This run closely follows the recommended self-guided tour that leads visitors through the preserve's points of interest.

While not expressly forbidden, running is discouraged as it may disturb the preserve's sensitive bird population.

From the parking area, head to the start of the Lost Slough Wetlands Walk Trail. Follow the boardwalk and cross over Willow Slough, looking for birds and amphibians. On the other side, turn right to begin running along the wide dirt track of the River Walk Trail.

The raised levee heads south between oak trees and marshy depressions that are flooded with water in the winter and early spring. At the River Walk Extension, keep left to pass a vast swath of cattails before heading right at the next two intersections. The trail continues to trace the boundary between oak trees and grassland as it nears the shore of the Cosumnes River.

At the tracks, head left to look for a crossing point that leads into a wide-open grassland, followed by a narrow clockwise loop leading to the edge of the river and back. Afterward, head north through the grassland past immense, solitary oak trees until the path crosses back over the tracks.

Turn to the right to parallel the tracks before making a left turn onto the River Walk Connector. From here, head north to the Lost Slough Wetlands Walk Trail. Shortly after returning to the pavement, you'll cross the north arm of Willow Slough on a large bridge that feeds into a cultivated grove of oaks.

On the left, a narrow perennial pond makes a great spot to look for turtles warming themselves in the sun. At the north end, the trail circles around to cross over Franklin Boulevard to border a marshy depression on the other side. To the south, the nearby Boardwalk Trail - ADA compliant can be seen departing from the upper parking area (the quarter-mile boardwalk makes a worthwhile addition to this run, especially when sandhill cranes are present).

From there, the Lost Slough Wetlands Walk Trail makes an easy return back to the parking area and Visitor Center.

This content was contributed by the Cosumnes River Preserve. To learn more about the preserve and recreation opportunities there, click here. 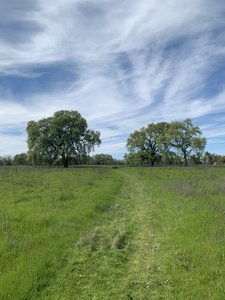 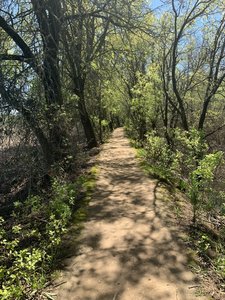 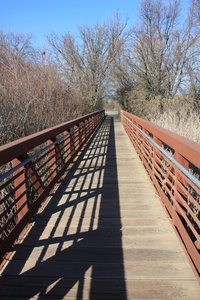 All Clear 17 days ago See History