“This preserve contains uplands and wetlands under restoration to provide habitat for the protected Florida panther. ”

Rivers Road Preserve is open 7 days a week from dawn to dusk.

Trails can be wet and are still roughly hewn.

This preserve is adjacent to and contributes to an important wildlife corridor connecting the preserve and private conservation easements, through a wildlife crossing under a major roadway (Immokalee Road), to over 60,000 conserved acres, including the Corkscrew Regional Ecosystem Watershed (CREW) lands and Audubon's Corkscrew Swamp Sanctuary.

This trail is mostly level and winds through pine flatwoods and forested wetlands, home to black bears, panthers and wild hogs. This area has recently seen some natural restoration and pine recruitment following removal of some old structures and invasive plants.

The 76.74 acre preserve contains Cabbage Palm, Inland Ponds and Sloughs, Mixed Wetland Hardwoods, Cypress, Pine Flatwoods, Mixed Wetland Forests, and Freshwater Marsh. The preserve also contains an outstanding example of pop ash swamps and several wetlands. One hundred sixty-two vascular plant species were recorded on the preserve with 36 (22%) of these plants not native to our area. Listed plant species include bromeliads and a fern.

Mammal species known to occur or individuals and/or evidence of activity directly observed within the preserve include the white-tailed deer, Florida black bear, and wild feral hogs. Numerous Florida panther telemetry points and photo accounts have been recorded in the area and one point was recorded approximately 1/3 mile from the preserve. There are anecdotal reports of panthers on the southern portion of the preserve.The Florida Breeding Bird Atlas lists 32 bird species recorded as confirmed, probable, or possibly breeding in the vicinity. 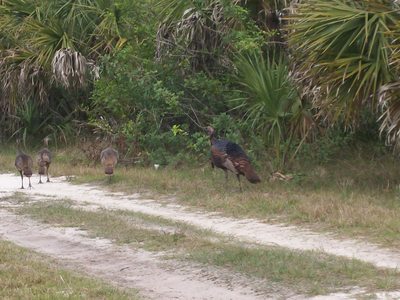