“Views across the mountains separating Santa Clarita from the sea and desert abound on this run. ”

The mountains overlooking the Los Angeles area are home to a number of scenic trails, but few can match the views and variety that fit into the Don Mullally Trail’s winding loop.

Also known as the Towsley Canyon Loop (see History below), the trailhead can be found just after the 5 enters the Santa Clarita Valley. Expect some challenging but short climbs as the loop winds up the golden hills of the Santa Susana Mountains, summiting a thousand feet above the start at an outstanding viewpoint. From here, one can see three of the mountain ranges defining the LA basin. Other points of interest are several natural tar pits encountered along the way—Santa Clarita is home to the California oil industry—and a passage through a tight canyon chute known as The Narrows.

Exactly which direction to take the trail is up for debate, and generally depends on how one wants to take on the climb to the top. Clockwise, as depicted here, makes for a shorter but steeper climb up the northern side of Wiley Canyon, whereas the opposite direction spreads it out a little more among the switchbacks of Towsley Canyon’s south side. While this may make for a slightly easier ascent, it also climbs along a treeless (and shadeless) mile. The prolonged exposure may become uncomfortable in hot weather.

Accessible, free, scenic, and with diversions to create shorter and longer routes, this trail is not to be missed.

Ed Davis Park is a popular location, and the trails can be quite crowded on busy days. Weekends tend to be the highest time for traffic. Aim for early mornings. Also, keep in mind that these are multi-use trails, and while pedestrians dominate here, mountain bikers are not an uncommon sight. It may be safest to give way to them on steeper segments.

On the southern side of the transition from Los Angeles's coastal regions and the high desert of the Antelope Valley, temperatures tend to be higher in the Santa Clarita area. Day time highs in the summer can reach or exceed the nineties. Keep the heat, and lack of shade on some segments of the trail, in mind when planning a visit during the warmer months.

While often steep, the trails of Towsley and Wiley Canyons are not particularly technical and are well maintained. Road shoes are adequate in all but the muddiest of conditions.

While the creek crossing in The Narrows has the potential to get feet wet, in most conditions the water level is low enough to accommodate strategic rock hopping and keep runners dry.

Parking at the free lot off of The Old Road, the Mullally loop is generally begun with Wiley Canyon Trail. The comfortably wide dirt doubletrack makes for the perfect warmup for what lies ahead, gradually increasing from flat to a moderate grade over the course of a mile as the canyon walls close in. Watch for a small creek on the right, switching to the left, and enjoy the shady trees fed by its water.

The first tar pit is encountered to the right of the trail just before the mile point, and runners will be able to smell a few more before the trail makes an abrupt turn to the west at the beginning of Don Mullally Trail. Here is where most of Don Mullally’s difficulty lies, making a challenging but manageable climb over the next three quarters of a mile, with a short respite in the middle. Narrowed to singletrack, the trail takes a number of turns to follow the contour of the mountain, with a great view of I-5 and the canyon below spreading before you halfway up. Eventually reaching all the way to the Sierra Palonas to the north and the San Gabriels to the east, there are a number of places to take in the amazing vistas, including a nice diversion to a hilltop tree right around the two mile point. Stay right at the fork just afterwards to keep on course.

The loop tops out around the two and one quarter mile point at a bald hilltop, with a short detour going around the side. Both paths come together after a few hundred feet, and the trail then begins a mile long descent, steep in several places. Skip the shortcuts that careless visitors have cut across the switchbacks, which promote damage and erosion. Another tar pit is encountered at the bottom that the trail crosses over; thankfully, strategically placed bricks keeps runners’ shoes dry.

From here, it’s a slow, easy descent to the Towsley Lodge. The highlight of this winding stretch is the transition through The Narrows, a tight pass through canyon walls featuring a creek crossing and a number of interesting rock formations. The Don Mullally Trail connects to the upper parking lot, and runners wanting to cut their trip short can either take the narrow connector leading from northern end of the lot or run on the dirt road itself.

Continuing on, Mullally crosses a concrete footbridge just east of the Lodge and starts up another hill as part of the Canyon View Loop. This final foothill is about half the size of the one climbed earlier, but the ascent can still be intense at times, with little shade and few flat segments. One last viewpoint awaits at the top in an area often filled with wildflowers during the warmer months.

A fun corkscrew descent leads down the other side. About half a mile from the top, the trail merges back into Wiley Canyon Trail. Turn left and cool down on the easy finishing segment back to the parking lot. The trail clocks in almost exactly at ten kilometers, making this a great option for runners needing to track a precise distance.

One of the most difficult parts in describing this six mile loop to the southwest of Santa Clarita is determining what to call it. There are no less than ten official names used for this trail and area, with a few more local nicknames, depending on who one asks.

Located in the Santa Susana Mountains, the area is encompassed by Ed Davis Park, part of the Santa Monica Mountains Conservancy and formerly known as Rivendale. The three trails making up the loop are named by their accompanying canyons, Towsley and Wiley, with the former being the most commonly used name for the area. Santa Clarita Woodlands was once a proposed name. Then, in 2014, the entire trail was renamed after local naturalist Don Mullally. Confused yet?

Whatever the name, the protected wildlands, once slated to be a landfill but saved by the hard work of politicians and environmentalists, is one of the most scenic and fun trails in the Los Angeles area. It is well deserving of the attention it receives. 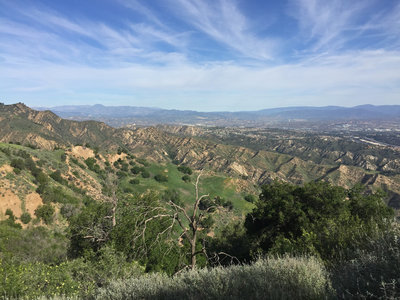 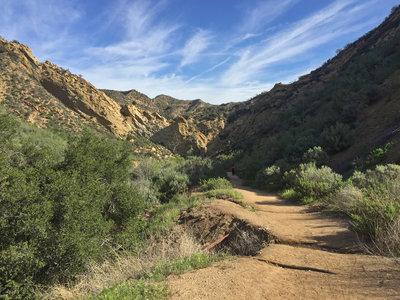 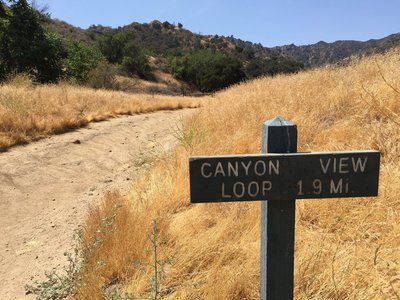 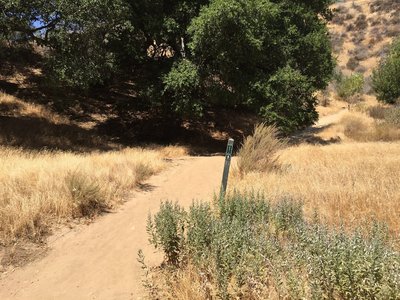 Towsley Road Out and Back

Rice Canyon and Mission Point Out and Back