“A beautiful but strenuous trail along the flank of Ralston Peak often holding snow late into summer. ”

Whether experienced on its own, or as a side trip on a longer journey to the Desolation Wilderness, the Ralston Peak Trail always leaves visitors with sweat on their brows, but smiles on their faces.

Starting at the Ralston Peak Trailhead Parking Area, follow the trail as it meanders uphill through dense woodlands. About 1.5 miles into the trail, the grade becomes considerably steeper, so hold on to your hats, and just take it slow.

Eventually, you'll know you've reached a respite from the sustained, arduous climb when the forest pulls back its piney curtains to reveal broad, open meadows known to house a deluge of wildflowers during the spring.

Shortly after reaching the opening, the trail splits, with the left branch circumventing Ralston Peak, and the right branch heading for the summit. For those who wish to reach the summit, expect a short, but strenuous climb to the top.

Following the fork to the left, run up yet another short but steep climb through open meadowlands before reaching a spot that is almost always covered in snow, save for the very peak of summer. The snow in this area lies on the north side of Ralston Peak, causing it to hide from the sun for much of the day.

Perhaps the best way to traverse this summer snowscape is to use the Trail Run Project mobile app to track your position and make sure you're heading in the right direction, as the trail gets difficult to follow.

As a rule of thumb, follow the readily apparent ridgeline north from Ralston Peak, passing Tamarack Lake far below on your right, and Lake of the Woods on your left. Eventually, the trail ends into the joint PCT/TRT near the northwestern tip of the ridgeline. 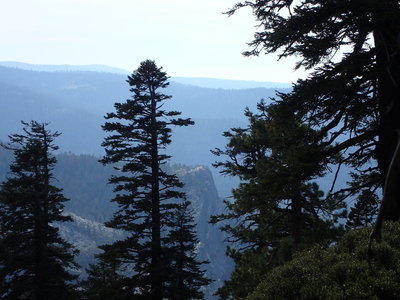 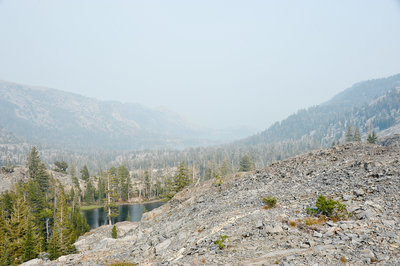 Glen Alpine to Lake Aloha Out and Back