“A beautiful trail that follows along Skyline Boulevard. ”

The Windy Hill Open Space Preserve is open 30 minutes before sunrise to 30 minutes after sunset throughout the year. Dogs are not allowed on a majority of the trail, although they area allowed between the Hamms Gulch Trail intersection and the end of the Lost Trail.

The trail is relatively free of rocks and roots, making it good for running.

The Lost Trail provides access to the Anniversary Trail and the summit of Windy Hill. It also connects the Razorback Ridge, Hamms Gulch, and Spring Ridge Trail in the Windy Hill Open Preserve, creating a great loop for those wanting a longer outing without having to retrace your steps. The trail begins along Skyline Boulevard and descends into the the preserve. You are always close to the road, so you'll hear cars and motorcycles as they travel along Skyline Boulevard. After roughly .4 of a mile, the Razorback Ridge Trail breaks off to the right and descends to Alpine Road in Portola Valley. Continuing straight, the trail rises and falls as it works along the hill top. Views are obscured mostly by trees in the area. Ferns and flowering plants can be seen along the trail, especially in the spring.

A little after the 2 mile mark, the Hamms Gulch Trail breaks off to the right and descends through Windy Hill Preserve, offering a few views of Windy Hill and other parts of the preserve. The Lost Trail continues straight ahead and meanders along the hill top. Views of Windy Hill start to come into view as you approach the Anniversary Trail, which leads to the Windy Hill summit. The trail ends at a parking lot on Skyline Boulevard. At this point, you can turn around and return to where you started, or follow the Anniversary Trail to the summit of Windy Hill, where great views of the Bay area spread out before you. 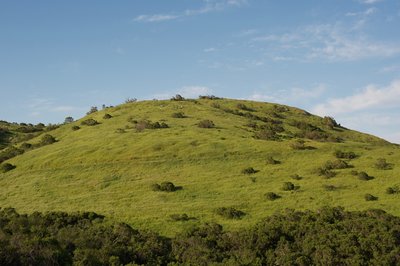 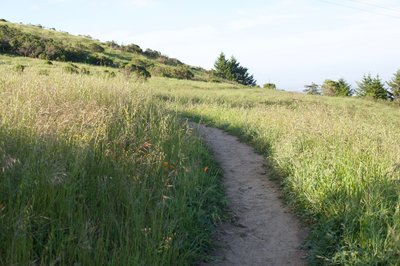 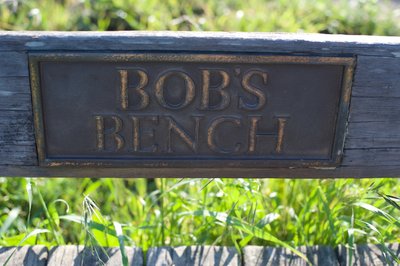 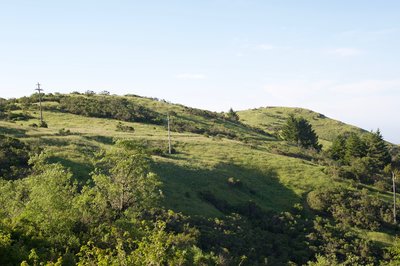 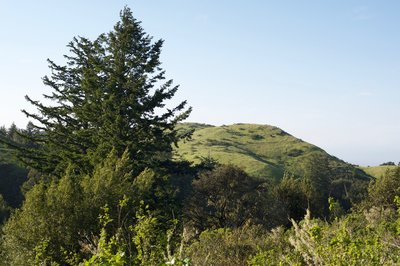 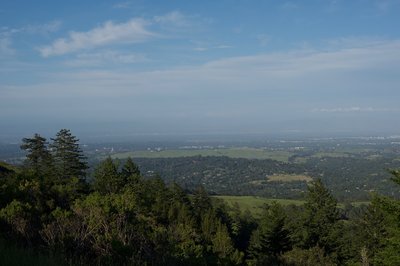