“Prepare to be impressed by all of the famous giant sequoia trees and the magnificent upper grove. ”

As described here, this lollipop shaped route climbs from the parking area to the Upper Grove, passing all of the famous named sequoia trees. Once at the end of this route (at the museum) you can choose to either ride the tram back to the parking lot or run down. For those who want to run but are feeling the altitude, one other possibility is to do this route in reverse: take the tram from the parking lot up to the museum and run down, following the directions below in the opposite order. Whichever way you slice it, this is a guaranteed crowd pleaser!

Don't be discouraged by the hordes in the lower grove, the further along the trails you go, the more solitude you'll find. From the far end of the main parking lot, follow signs pointing to Grizzly Giant Trail. Climb uphill on a wide, smooth path skirting open meadows with scattered fallen trees. Soon after crossing the Mariposa Grove Road the Bachelor and Three Graces trees appear. Apparently, the roots of these four trees are so intertwined that if one fell, it would take the others down too.

Continue east on the Grizzly Giant Trail and enter more shady forest. Read the informative trail side plaques describing the history of these rare trees the unique sequoia lifecycle. Up ahead, the 1,800- year-old Grizzly Giant tree in all its glory is cordoned off by protective fencing. It is reported to be the 25th largest tree in the world. The trail turns to the north and arrives at the California Tunnel Tree. This is the only living sequoia with a man-made tunnel bored through it. Stagecoaches used to drive through it, but nowadays tourists pass through it instead.

The Clothespin Tree got its shape from multiple natural forest fires burning its base. From the Clothespin Tree, meander uphill on the Clothespin Tree to Museum trail through the towering sequoias. Pass through small meadows with downed trees and shadier sections along the way. Soon the Sequoia Nature Trail and Nature Trail Connector branch off to the left. Continue straight (to the northeast) past the toilets and water source. The trail ends in a picturesque clearing, where a small log pioneer cabin (now a museum) sits dwarfed by its lofty neighbors. This structure was built in 1930 from sugar pine logs harvested nearby.

Cross the road to pick up the Museum to Fallen Tunnel Tree trail and continue ascending towards northeast. The Fallen Tunnel Tree used to be called the Wawona Tunnel Tree until it fell in a 1969 snow storm. It's tunnel was carved in 1881, making it "the most famous tree in the world" for a time. Cars were driven through it, further weakening the roots. It's collapse increased awareness of how sensitive and in need of protection these trees are. Follow the Museum to Fallen Tunnel Tree away from the road for a short distance uphill until it terminates at a junction with the Outer Loop Trail. Turn right and take the Outer Loop Trail to the south and finally downhill.

Soon after passing by the junction with the Trail to Biledo Meadow, the route descends to the Telescope Tree. This still-living sequoia was hollowed out by numerous wildfires and could fall over at any time. When viewed from inside, you'll understand how the tree got its name. Next, follow the Museum to Telescope Tree trail northwest and downhill back towards the middle of the grove. The trail ends at the tram stop near the restrooms and museum. Return to the parking area via the tram or your own combination of trails. 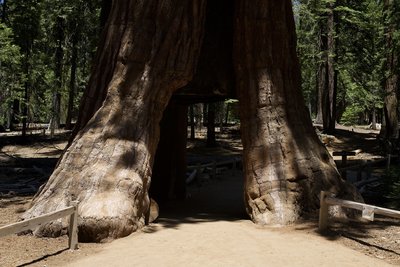 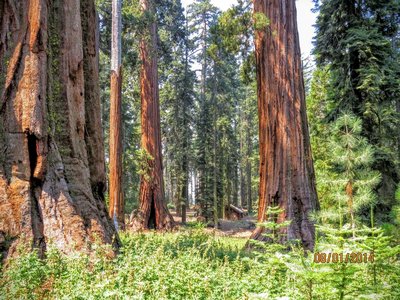 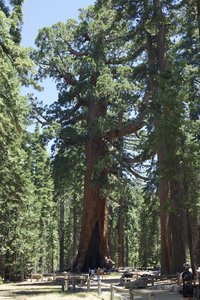 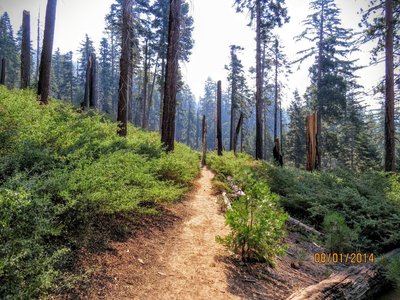 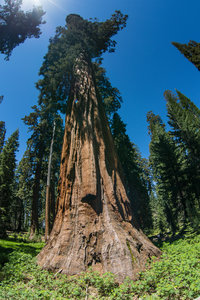 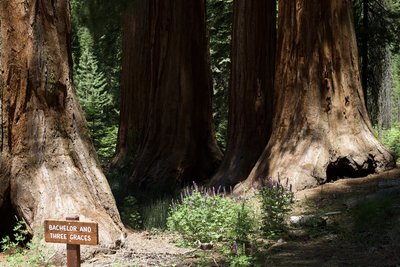