“A fairly strenuous run that is rewarded with some of the best views in the park. ”

This loop run features a little bit of everything that makes Shenandoah National Park special. Starting along the Brown Mountain Trail, the ridge line shows off some of the best views of the park, before diving down toward Big Run, onto the Big Run Portal Trail. Stroll along this old fire road, crossing Big Run, which flows through the tightly wooded valley floor. Head gradually back up on Rocky Mountain Run Trail, below the slopes of Rocky Mountain that you started out on as you head back toward the Brown Mountain Overlook.

From this point, the Brown Mountain Trail begins to ascend, gradually at first and then fairly strenuously, switchbacking up the ridge to the saddle close to the high points. Look for some brief but rewarding views of the Blue Ridge through breaks in the trees along this top stretch. The higher the trail gets, the more dispersed the trees and vegetation become, making for better views along the saddle.

Continuing further, the trail gradually dips between the two summits of Rocky Mountain and then levels out. As you begin to ascend again, look to the ridge crest on the left. When views of the sky begin to peak between the base of the trees, you've reached the best view of this trail. Stroll over to the ridge crest at the top of a talus slope. Here, you can see back to the Blue Ridge and Skyline Drive where the trail began.

Continue along this yellow-blazed former fire road, which is used as a connector for various loop runs on either side of Big Run, for about a mile and a third. Look for the junction with the Rocky Mountain Run Trail and turn left onto the trail.

The blue-blazed, Rocky Mountain Run Trail stretches gradually between the Big Run Portal Trail and Brown Mountain Trail. With around 1000' of elevation change over the course of nearly three miles, this makes for a moderate descent or climb.

Thanks to Larry W. Brown, for sharing this trail description. If you're interested in learning more details about great hikes, weather, camping / lodging, wildlife, and scenic drives, check out snp.guide/. 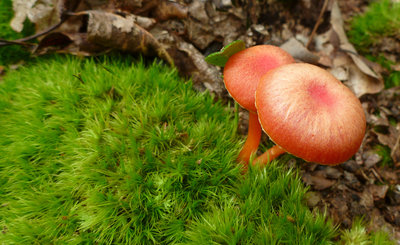 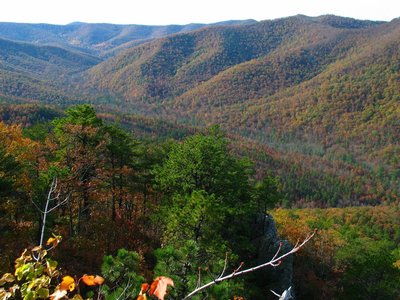 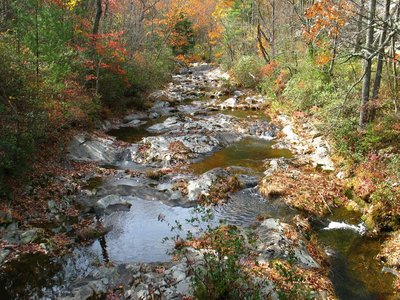 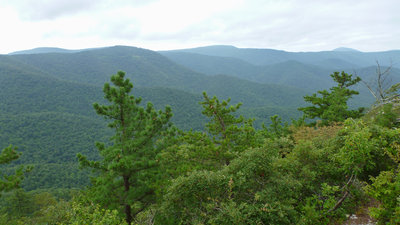 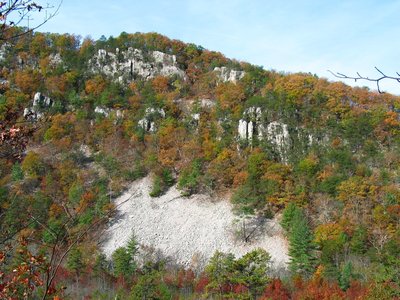 Bear Church Rock out and back from Graves Mill