The US Border Patrol requests that no vehicles are left at or near the southern terminus of the CDT.

Trail running is not recommended on this segment, as there is often no trail.

After a long, bumpy, and slow drive from the nearest paved road, a small shade structure and obelisk mark the beginning of the Continental Divide National Scenic Trail (CDT) a 3,100 mile journey to the Canadian border.

There is not a visible trail for this entire section apart from the BLM roads that the route occasionally follows. As more runners use the CDT some tread has been beaten in, but for the most part, this section is all line of sight, navigated by tall poles with the CDT emblem on them. In the wilderness study area, the poles turn to high cairns and simple wooden posts with no markings, making navigation much more difficult.

The trail starts at the border and heads through open desert into Sheridan Canyon on the South Side of the Big Hatchets. The trail follows both roads and the wash through the canyon where it emerges at the first water cache box after about 13 miles. The next section moves into the lower slopes of the Big Hatchet Mountains and into the wilderness study area, where trail markings are not allowed. Pay attention to the wooden posts. The final section of this segment leaves those slopes and descends again into a scrub desert landscape, ending at NM Highway 81 and the second water cache box.

Lots of diversity of desert plant species, especially in the Big Hatchet Wilderness Study area. In the spring time the Ocotillo cactus is in bloom. Hummingbirds wiz around from cactus flower to flower, Jack rabbits are abundant and mule deer can be found on the higher slopes of the Hatchets. 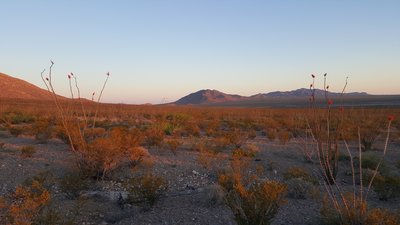 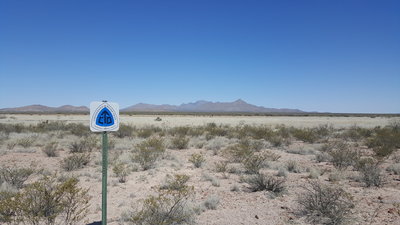 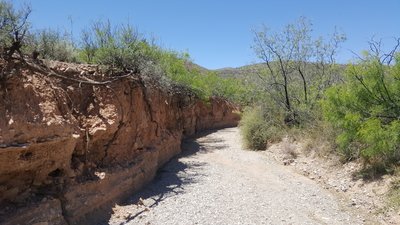 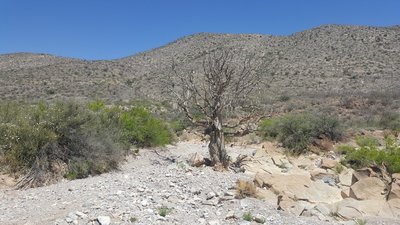 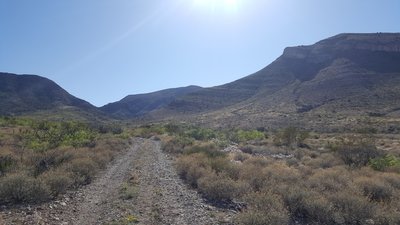 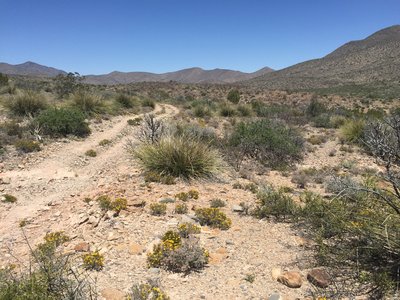