The preserve is open year round from dawn until half an hour after sunset. While other trails are open to mountain bikers, this trail is not.

The trail is popular with trail runners. It is wide and relatively free of rocks and roots.

The Chamise Trail is probably the warmest and driest trail in Rancho. The lower sections of the trail are also very rocky and steep in sections. The upper section takes you through hushed grassy meadows and forested areas.

Starting from the end of the Ravensbury Trail where it meets up with Ravensbury Ave, the Chamise Trail begins to climb up a dirt trail along an exposed ridge. There isn't a great deal of tree cover along the trail, so make sure to bring a hat and sunscreen if running in the heat of the day.

The trail parallels the Rogue Valley Trail as it climbs above the valley while views of the hills in the preserve can be seen off the left side of the trail. At roughly .6 miles, a trail splits off to the left that descends to the Rogue Valley Trail. The trail continues to gently ascend the hill, with wildflowers growing on either side of the trail. At .8 miles, a trail breaks off to the right that dead ends with private property, so don't waste your time running down it unless you know the landowners and want to pay them a visit.

The trail begins to ascend more steeply now as it climbs uphill. At 1.6 miles, another trail breaks off to the right that leads to private property while the Chamise Trail climbs more steeply to the left. At 1.8 miles, the trail enters the woods for the first time, where trees provide shade and relief from the sun.

The trail begins to level out and obscured views of the bay area come into view off to the right. Now, the trail starts to roll up and down the hills as it makes it way deeper into Rancho San Antonio Preserve. At 2.3 miles, the trail splits and narrows. To the left, the trail descends around the hill before climbing back to the intersection of the the Black Mountain Trail, the Rhus Ridge Trail, and the other route. If you follow the trail straight ahead, it narrows to a singletrack and rolls until a small side trail to the right climbs up a hill to the Mary Davey Memorial. The Chamise Trail continues straight ahead until it meets up with the other trail, Black Mountain Trail, and Rhus Ridge Trail.

From here, you can make a loop out of the Black Mountain Trail, Quarry Trail, and various other trails, or you can return via the Chamise Trail to your car. If you parked at one of the parking lots, consider taking the connector to the Rogue Valley Trail as an alternate route, especially if you want to minimize the amount of downhill running you want to do. 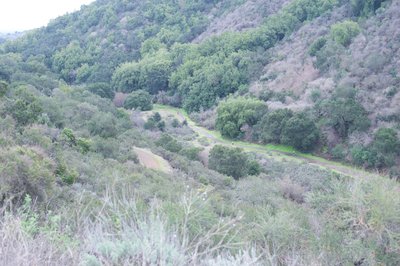 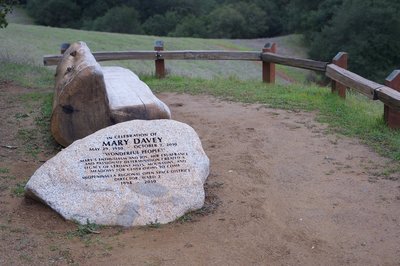 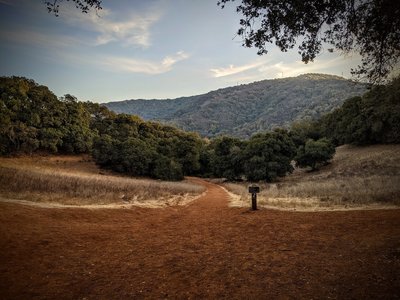 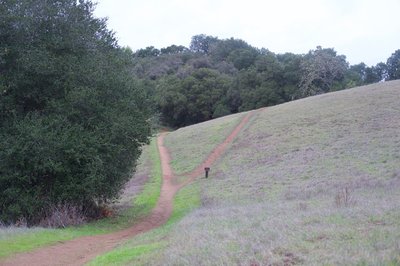 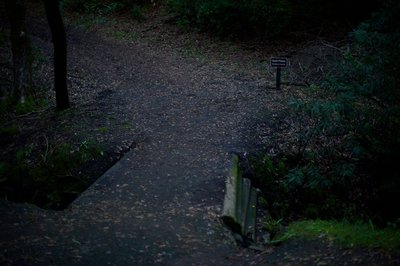 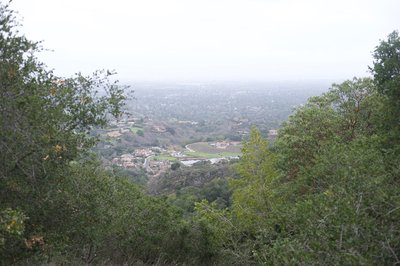