4.2 (9)
Plan with onX Backcountry
Previous Next

“A very rocky, muddy, open trail that is very steep and made for one purpose: to race! ”

Closed once it starts snowing. Would avoid during rain.

This killer course isn't one to take lightly. One of the major races held in Seward, Alaska every year, this is a tough slog to the top, followed by a fast and furious descent.

This is the second oldest race in the U.S. behind the Boston marathon. The course is run daily and the official race occurs on the 4th of July every year to first 500 adults and 100 kids who enter. The current men's record is held by Alaskan David Norris, set in 2016 (41:26). Norris surpassed Killian Jornet's record from 2015. The women's record is held by Emilie Forsberg, set in 2015 (47:48). She and Jornet are quoted as saying,"you run up, and fall down gracefully."

There are many local legends as to how this trail came into being. Some say that it was the result of many hours spent pondering whether the route could be completed in under an hour, others claim it was the result of a bet between two overzealous runners on who was faster.

After that first fateful footrace, a race has been hosted annually ever since. Now, the race begins downtown, at Fourth and Adams, in front of the First National Bank Alaska, and ends a block south of where it began, at Fourth and Washington. The halfway point is a stone marker atop Mount Marathon, 3022 feet (921 m) above sea level, and a mile and a half from the finish line.

The total race course distance is about 3.1 miles (5 kilometers). Leading racers will typically reach the peak from the starting line in 30 minutes, and reach the finish line from the peak in 10 to 15 minutes for a total time between 40 minutes to an hour. It is not uncommon for the racers who finish to cross the finish line injured or bleeding and covered in mud. This is not a course to take lightly!

Once on the mountain, everyone has their own preferences for how to get up and down, particularly at the very bottom where there are several options. Standing at the base, there are some braided trails that go up the right called "The Roots", which involves going up some very steep root systems. Up the center gully and then on the right is "The Cliffs" which is involves climbing some steeper rock. Both the Roots and Cliffs merge shortly later and go up through the trees and bushes. Left of the gully is the least technical route and separate from the right side options, eventually joining them around "The Gut"

The descent route is a scree paradise, sometimes with a snowfield at the top. When at the top rock looking down, head left for 50-100 feet, pick a spot on the edge, and let 'er rip down the scree. About half way down, the downhill route crosses over the uphill route on some singletrack before getting back to scree in "The Gut". Depending on what route you want to take at the bottom, descend The Gut until you get below the trees, and then go left or right. You don't want to try to take the gully all the way down, where it eventually turns to polished, near vertical rock.

Especially on race day, there is little fauna to be seen. After passing through a stunted forest, you'll encounter mostly mountain grasses and mud. 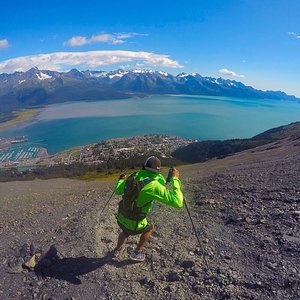 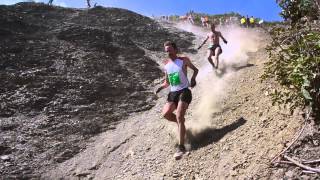 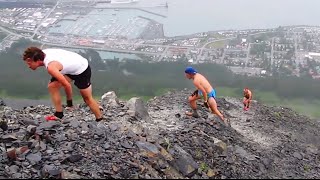 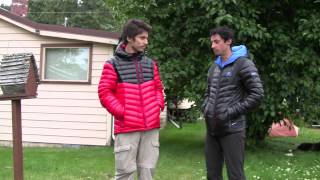 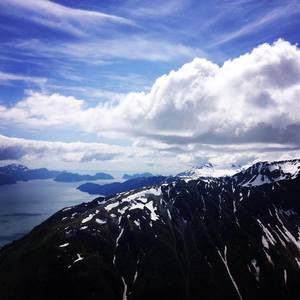 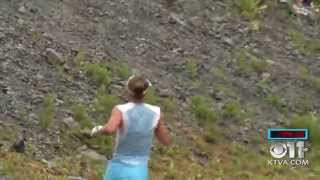 Tonsina Point Out and Back

Harding Icefield Out and Back

Edge of the Glacier Trail