“An exposed trail following a ridgeline in the hills with huge views over Cook Strait. ” From the sealed road that leads to the summit and the radar dome, the Red Rocks Track continues straight on, leveling off a bit, until it joins Tip Track. From the fork with the Tip Track, follow the track south towards the coast. Originally a 4WD road, the trail is now mostly singletrack, following the ridgeline towards the sea. Although on average downhill, the trail is hilly and contains some short, steep climbs.

It is possible to run the track in reverse, though running it southwards makes the most of the stunning ocean views you'll be treated with.

The last section offers a choice to either follow the original Red Rocks Track, or turn right and follow a new section built in 2010. This new section avoids the very steep, and deteriorating, original descent to the shore.

The track is named after an area of red colored pillow lava rocks along the coast. The rocks contain small amounts of iron oxide, which gives them their distinctive color. They can be seen at the end of the track after turning left onto the Sinclair Head Track for a few minutes. 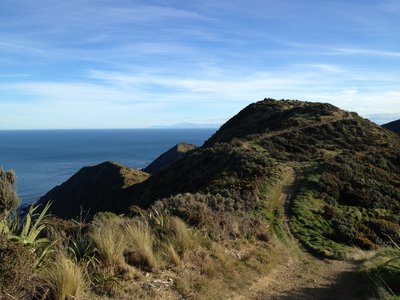 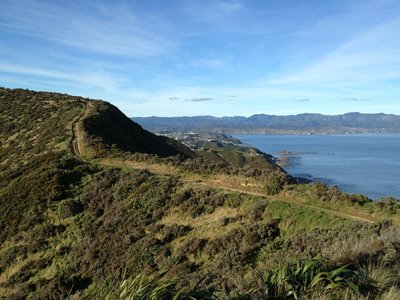 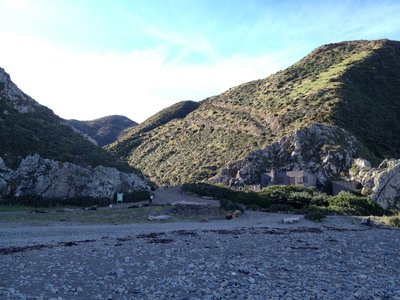 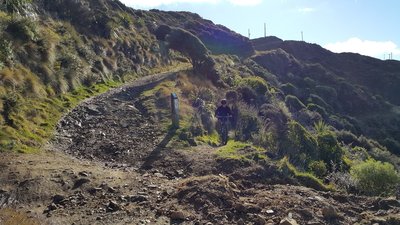