“A run through a literal fortress of lava. ”

Named for Modoc chief Captain Jack (Kintpuash in Modoc), this area was a stronghold for the Modoc people during the Modoc War. With only 53 warriors in their company of 160, the Modoc held off the United States Army for several months from this location.

This area was a stronghold for the Modoc people during the Modoc War. Outnumbered by almost 10 to 1, the Modoc, knowing this area's topography well, used this knowledge to their advantage. They used the lava beds as a defensive stronghold, fending off the U.S. troops from December 1872 to April 1873.

As you run this trail through the confusing paths of the stronghold, think of the courage it took for a small band of Modoc people to endure the winter of 1872-1873 here. Try as well to imagine the fear Army soldiers must have felt launching an assault on this fortress of lava.

Hospital Rock, one of the sites from which the Army attacked, is also visible from high points within the stronghold. It can be visited along the road just to the east. Once the Army drove the Modoc from this stronghold, they soon drove them from their entire homeland. Still, a modern culture of Modoc descendants survives, especially in Oregon and Oklahoma. You may see prayer ribbons and sage offerings hanging on the medicine pole near the junction of the two trails, signifying the continuing importance of this special place.

This location is incredibly rich with history. Be sure to stop, take a quick break, and read all of the historic markers on site. 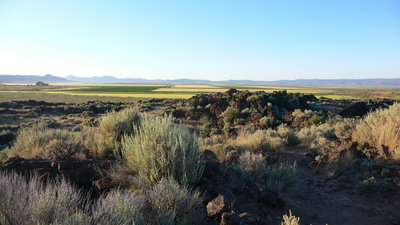 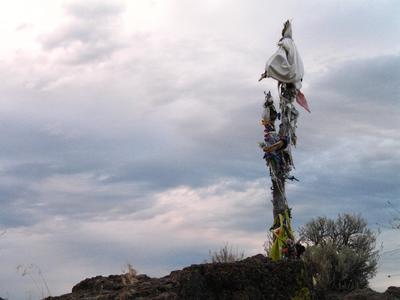