“Outstanding views of Sierra Blanca and Grindstone Lake unfold before this twisting singletrack. ”

The Alfred Hale Connector, named for a nearby canyon (which was in turn was named after a local World War I soldier), is a fun trail in its own right. It begins at a sign about a mile and a quarter into the Grindstone Lake Trail, which is its primary access point. Alfred Hale is standard singletrack, with mostly smooth dirt and pine needles underneath. A few rocks are found along the trail, but it is not technical and easy to manage.

After a quick climb at the beginning, the first mile is mostly flat. It features several large clearings, from where outstanding views of both Sierra Blanca and Grindstone Lake can be enjoyed to the west and east, respectively. Watch for a false trail crossing a little after a third of a mile in; stay right to keep on track.

The clearings end and the trail re-enters the trees as it turns north around a secluded gulley. As it reaches the one mile point, the path nears a gravel road and a gate. This is also an alternate parking area and access point, though it is generally only used by locals residing in the nearby neighborhood. Stay left and follow the trail west.

Several climbing switchbacks follow as Alfred Hale takes on its steepest section. As it proceeds, keep an eye out for agave growing alongside the trail, an unusual sight in the mountains and a reminder that the desert isn't far away. A brief flat section offers some respite from the climb near the mile and a half point. A steep quarter mile follows.

The trail switches back to the north near the two and one quarter mile point. Alfred Hale then enters a semi-active logging area, where runners should keep an eye out for fallen trees. A series of short hairpins finishes out the trail, connecting it into the Grindstone Mesa Loop. A sign marks the intersection.

Along with the typical mountain trees and vegetation, Alfred Hale features sections of agave plants, migrated from the Chihuahuan Desert thousands of feet below. 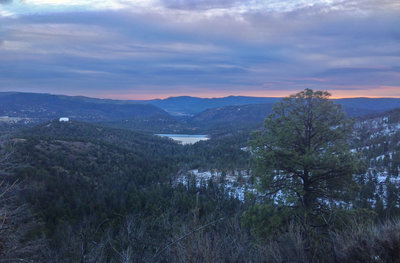 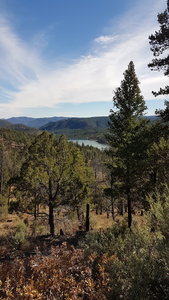 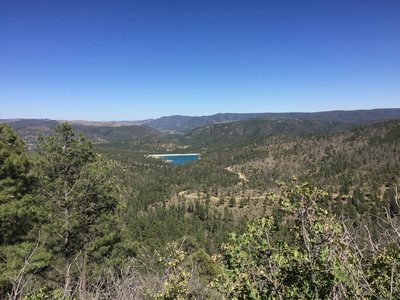