“This newly accessible trail features views of Spokane and the valley. ”

This trail rewards visitors with epic views nearly every 3/4 of a mile! A new paved trailhead was recently finished complete with port-a-potty. Unlike the Natural Area in the Dishman Hills Conservation property, this area is open to horseback riders and mountain bikers. While most of the journey is on singletrack, there are portions of old logging road and four-wheel track.

Some of the four-wheel track sections are very steep so watch for markers indicating an alternate route that will take trail users down a gentler grade. Because the initial mile or so of trail is on property that was administered by DNR up until a few months ago, there is little in the way of signage or guidance initially, but once you arrive on the property owned by the Dishman Hills Conservancy, trail signs indicate direction and distance to the trail terminus.

One section of this trail traverses an exposed ridge, so beware of the weather, especially thunderstorms. You'll also see evidence of a fire that burned through this area in 2008, impacting local flora and consuming several homes.

Parking at the beginning of the trail is very limited. If you're planning to run in a group, plan to carpool. Beware of wet pine needles in the fall...they're very slippery.

Areas of this trail are highly eroded. It hasn't been well-maintained so there are exposed rocks, roots, and downed tree branches that would pose a difficulty for trail runners.

The initial climb moves through a wooded area, up the side of a hill. After about a half mile of climbing, runners are rewarded with a sweeping vista of downtown Spokane and some nice cross-winds to cool down. Evidence of large animals is evident on both sides of the trail, as well as some man-made "features" along the way.

Once you have reached the top of the first hill, take the trail that splits off at a 90-degree angle and head toward Spokane Valley. This is an old four-wheeler track. Watch for a singletrack trail that cuts off to the left. This trail was recently rerouted by dedicated volunteers from the Spokane Mountaineers. (As of June, 2017)

The singletrack then cuts across a side hill, moving downward. The singletrack with switchbacks moves partway down into a ravine and then leads back out onto a fairly well-developed logging road that leads to the second viewpoint - a sweeping, grassy hillside overlooking the Dishman-Mica area and to the south and east of town.

As you near the end of the open area, a small post indicates "Cliff Trails" to the right. Continue on this logging road until the trail moves back into singletrack.

Once on singletrack again, the trail twists and turns along the face of a hillside with rocky outcroppings and more views of the West Valley and Dishman Mica areas.

At the trail terminus, there are plenty or large rocks to use for seating and a breather. At the bottom of this cliff, another singletrack is visible. This trail connects (NOT legally) with the trail system in the Dishman Hills Natural Area but is on private property.

Since this is an out-and-back, once you've rested at the sign that says "Trail End," it's time to pack up and head back.

Areas around and on this trail bear evidence of moose, porcupines, bear, and cougar. Lupine is especially prolific during the early summer at the northern end of the trail. Marmots frequent this area and many live in the rocky crags. Wildflowers are lovely in the spring and early summer. 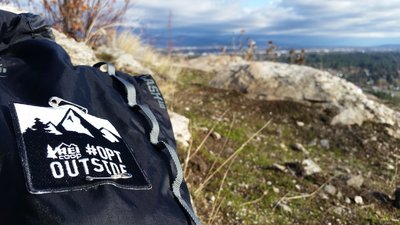 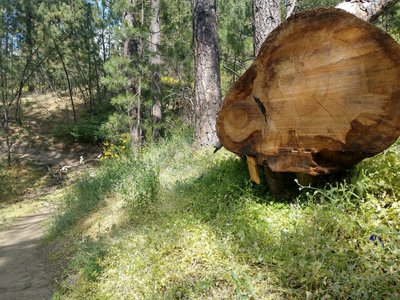 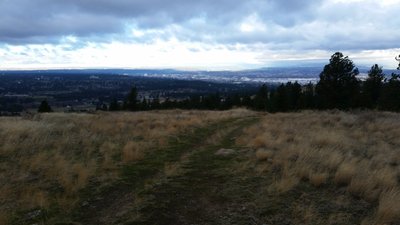 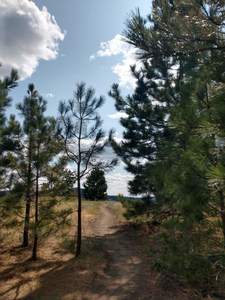 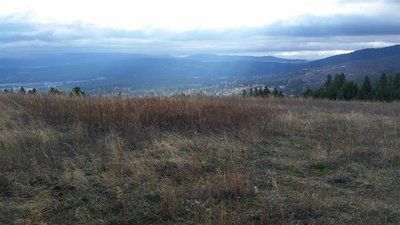 The Scenic Hills of Riverside