3.3 (3)
Plan with onX Backcountry
Previous Next

“Experience a basin filled with Alpine Lakes with a backdrop of high and low granite ridges. ” 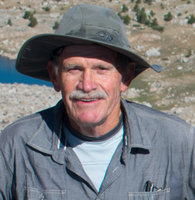 Wilderness permits are required all year. Daily entry quotas apply from Memorial Day to late September. Permits can be reserved online, but you must go into a ranger station to get the actual permit. No night drops are allowed. One-fourth of the quota is available on a walk-up, first-come-first-served basis, starting the day prior to departure. No campfires are allowed above 10,000 feet.

The Sixty Lakes Basin is bordered on the west and south by the rugged, almost 13,000 foot high King Spur. The ridge on the east is high in the south, but diminishes to nothing as it goes northward. Many of the lakes in the basin are arrayed near the main stream, which the trail follows down the gently sloping valley. However, the most beautiful lakes are a short distance above the trail and closer to the King Spur.

Sixty Lakes Basin has far fewer visitors than Rae Lakes, and those that come are usually on a day run from Rae Lakes or spend only one night camped in the basin. With so little time, it is difficult to visit more than one of the higher lakes. You may not see anyone if you camp at a higher lake.

The easiest way to reach the Sixty Lakes Basin by trail requires a strenuous run from Onion Valley, including about 4000 feet of climbing over 11.5 miles. The trail branches from the JMT just before the JMT crosses the stream between the two Rae Lakes. It passes around a swampy area near the northern Rae Lake and then climbs about 600 feet over the ridge that separates Rae Lakes from the Sixty Lakes Basin. Throughout this climb, there are sweeping views back over Rae Lakes toward the main Sierra Crest. There is a small, beautiful lake just before the top.

Once over the ridge, the trail drops about 400 feet over the next half mile while passing small lakes that are samples of the more beautiful lakes only a short distance above the trail. Views over the basin are best in the morning. The trail follows the main stream gently down the shallow canyon for a little over a mile and ends near the point where the stream drops steeply down to the South Fork of the Kings River.

In the other direction, there is a spectacular and relatively easy off-trail route from Glenn Pass to the Sixty Lakes Basin. This is significantly shorter and has somewhat less climbing than going down to the Rae Lakes junction and climbing back up on the Sixty Lakes Trail. Leave the JMT in the lake basin that you reach at the bottom of the switchbacks. Head northwest between the lakes toward an obvious low point in the ridge. Once over the ridge, scramble down to Lake 3353 and onto the Sixty Lakes Trail. 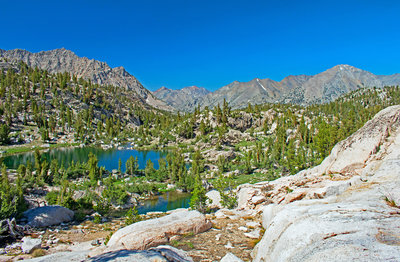 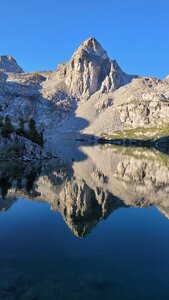