3.8 (6)
Plan with onX Backcountry
Previous Next

“A steady climb following a peaceful creek to stunning views atop Newton Bald. ”

The Mingus Creek Trail begins at the gate along the upper end of the parking area adjacent to the mill. About fifty yards to the right of the gate is an old slave cemetery occupied by a few unmarked fieldstones. The trail leaves the gate on a wide easy track along the stream near where a 150-yard sluice of oak boards diverts water from Mingus Creek to a wooden mill.

Beyond the mill, the trail crosses Mingus Creek multiple times on wooden bridges before entering a large open space once occupied by a Civilian Conservation Corps camp. Foundations remain of the officers’ quarters, the corpsmen’s barracks and mess hall, as well as various workshops, educational, and recreational buildings can still be recognized on the landscape.

Beyond the second bridge, the trail proceeds through cove-hardwood stands on an easy course along a wide jeep track a half-mile before crossing a third bridge over Mingus Creek. Above the bridge, the jeep track abruptly gives way to a narrower course that is steeper and more uneven.

From this juncture, the trail winds through former farmsteads, crosses a feeder stream on a footlog, and then enters an intersection. On the right, the wider track continues upstream along Mingus Creek, proceeding another three-quarters of a mile to a path that leads eighty yards to the Mingus Creek Cemetery. At the intersection, the Mingus Creek Trail bears left, diminishes to a narrow track, and begins following Madcap Branch. The grade becomes markedly steeper as the course begins negotiating several crossings of Madcap Branch. The first is a bit difficult, while the remaining crossings are much easier and are spaced at irregular intervals.

One mile above the junction, the Mingus Creek Trail executes a sharp switchback, the first of several that leverage the trail up the mountain and into a minor gap where it intersects the eastern terminus of the Deeplow Gap Trail.

Above the switchbacks, the trail enters the southern perimeter of Newton Bald and terminates into the Newton Bald Trail.

At one point, a live American chestnut tree stands just off to the right of the trail. The tree is about forty feet high, eight inches in diameter, and is identifiable by its coarsely serrated oblong leaves and the spine-covered husks that hold the chestnuts. This chestnut is one of only a few mature trees of this species still living in the Smokies. Until their demise from a parasitic fungus early in the twentieth century, the chestnuts were one of the dominant tree species in the Smokies, occasionally comprising most of the forest cover on the drier hardwood slopes like those flanking the Mingus Creek Trail. 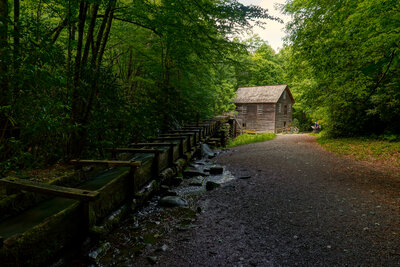 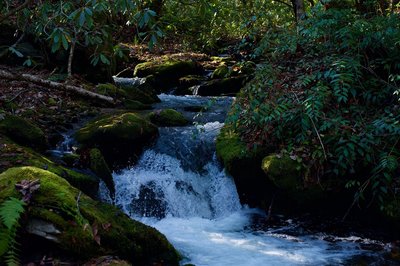 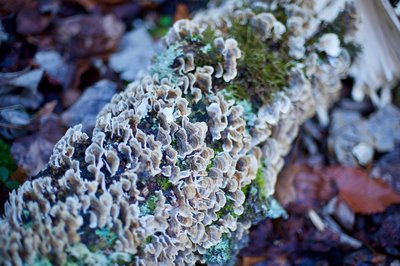 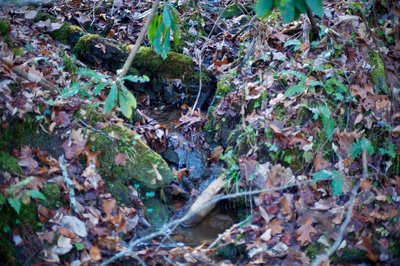 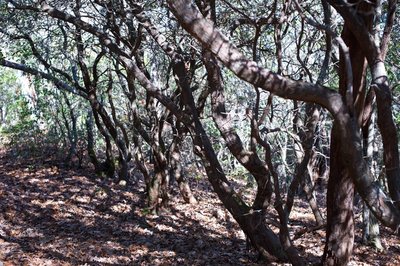 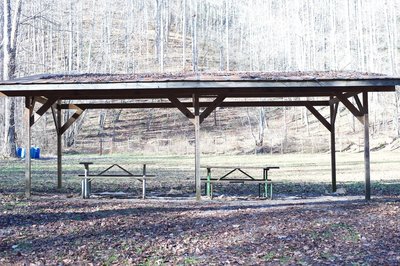