“A great day run (looping back on Caldwell Fork Trail) full of streams and lush forests. ”

All campsites must be registered with the Great Smoky Mountain National Park.

The Great Smoky Mountain National Park also closes secondary roads on a seasonal schedule due to snow. Schedules can be found here.

Backcountry rules and regulations can be found here.

This is a very popular loop when combined with Caldwell Fork Trail, bringing the total running distance to 7.6 miles. It's important to note that portions of this trail can become rather muddy, and there are several small footbridges for stream crossings.

To access this trail, runners will leave the Cataloochee Ranger Station parking area and make their way onto Caldwell Fork Trail, crossing a small footbridge across Panther Creek. In 0.8 miles, runners will eventually come to the trailhead of Boogerman Trail.

The trail is named after Robert "Booger" Palmer, who sold his land (over 250 acres) to the national park in 1929 for over $5,375. The remains of his old settlement can still be found along the trail.

Half a mile in, runners will make their way up the ridge and find a lovely view of the Cataloochee Divide. There will be another view of the divide about two miles into the trail as it follows the ridge.

A little over three miles, runners will find an old stone wall that may have been part of the old settlements.

There's a creek near the end of the trail that may require some rock-hopping, depending on the water levels. The trail ends at 4.1 miles. To complete the loop, turn right and run the 2.8 miles back to the parking area.

The Smokies are home to more than 1,600 species of plants, most of which produce an abundance of flowers in the spring. These species include mountain laurel, rhododendron, azalea, and many others. Spring wildflowers peak from early April through late May. To learn more about the plants of the Smokies and even get a trees and shrubs checklist, visit the park's website.

As for local fauna, black bears are common in the area, along with white-tailed deer and 31 species of salamanders.

For more information on black bears, refer to this webpage. 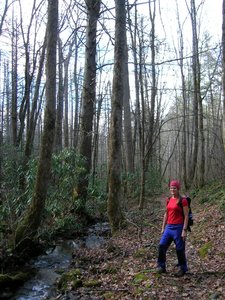 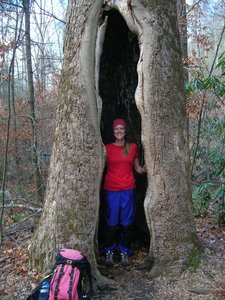 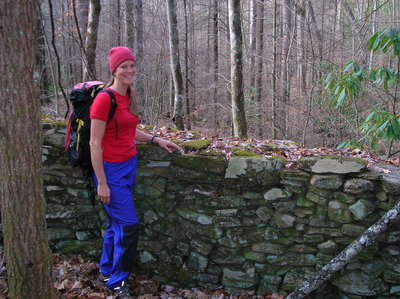 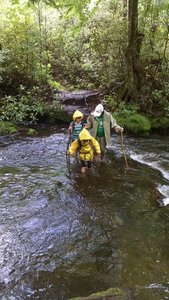 All Clear 4 days ago See History

Jun 3, 2017
Matt Plaster
Not a great time, but took time out to take pics. Also the numerous deep stream crossing slowed me down. 7.6mi