“Link to the Lost Dog area, Transmountain Summit and the southwest Franklins via this rugged trail. ”

As residential development near the foothills continues, access to the starting points for North Clyde's Trail and South Clyde's Trail may change. For now, the trails are reached by parking at the eastern end of either Desert Night or Desert Whisper and crossing the open field to the beginning of the trails.

The good news is that development has reached the boundary of the state park and can't proceed any further east. While parking locations may change on the map here, the trails will not.

El Paso is in the desert, so be wise about the climate. Summers are regularly in the 90's or above, winters will drop to the 30's and 40's. Lightning storms are frequent in the late afternoons during the warmer months. Winds are frequent and gusts over 50 mph are not unusual. Dust storms, strongest in the late spring, can be hazardous and reduce visibility to less than a quarter mile. Check the weather before you go, and let someone know where you'll be.

Linking a number of trails on Tin Mine and Little Moab hills, the challenging Transmountain Summit, and the southwest Franklin trail system via Mickey's Trail, North Clyde's Trail is the main entry into the southern Lost Dog area. Park at the end of Tranquil Desert Drive and cross the open field for a tenth of a mile to the trail's starting point. It will be marked with rock cairns and becomes more visible as one approaches, appearing as a noticeable break in the desert vegetation.

The first two-tenths of a mile of North Clyde's are like the other west-east trails in the area: wide, somewhat rocky, and a low grade, steady incline. Connections to Little Moab Valley and Little Moab branch off to the left near the state park boundary sign. The trail then crosses a dry creek bed and will be difficult to see for the next two hundred feet. The path will break off to the right and begin a steeper climb up the mountains towards a set of three utility poles.

From the creek bed onward, the trail will be much more technical. Storm damage has littered the path with large rocks and runoff creates occasional rivets in the trail. After a half mile, North Clyde's will reach the poles and turn south, merging into Thunderbird. 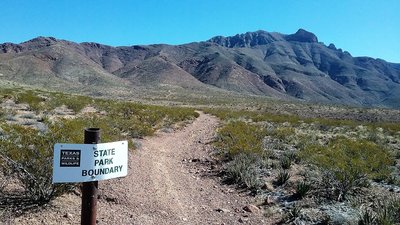 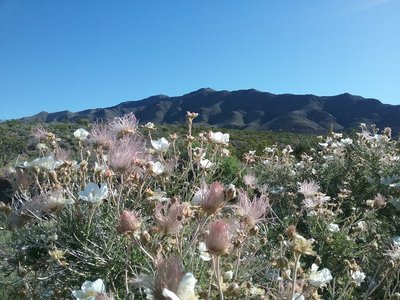 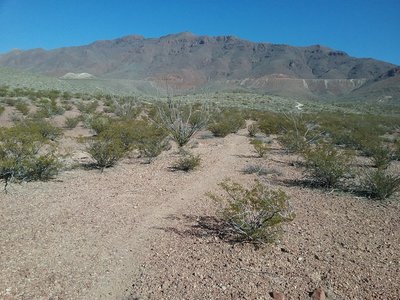 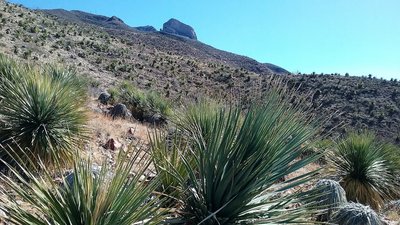 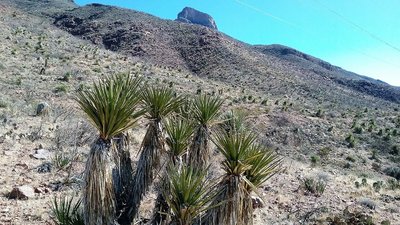