5.0 (2)
Plan with onX Backcountry
Previous Next

“An amazing trail through meadows along a creek underneath the Minarets and peaking out at Minaret Lake. ” 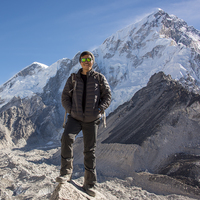 On average, the area is closed Labor day weekend until June first depending on the snow level. This area is also popular for backcountry skiing.

There are a lot of roots and rocks to be concerned about but High School groups from around the state run these trails for High Altitude Camps.

The trail starts 0.25 miles from the Devil's Postpile Ranger station. Turn right at the junction, follow the sign for Minaret Falls and cross a bridge. Take in the view while you are on the bridge. To the north is a meadow, to the south, you can see the distinctive basalt columns formed millions of years ago.

Continue past the bridge, at the next intersection, turn right and follow the sign towards Minaret Falls. You are now sharing the trail with the famous John Muir Trail (JMT) and the Pacific Crest Trail (PCT), which takes 20+ days and 5+ months to finish, respectively. So don't be shocked to see backpackers who look dirty and unshaven, they are on their way to accomplishing something great.

The trail now begins a steady but steep climb. At the next four-way junction, about 0.8 miles, continue straight and follow the sign for Minaret Lake (PCT branches right towards Minaret Falls). After some rocky trail and a few short switchbacks, you'll arrive at an open area at around 1.6 miles. Take a quick detour from the trail to see Minaret Creek roaring down a small rocky gorge into Minaret Falls.

Continue on, you'll come to the first of several creek crossings. There are no bridges on any of the crossings, so it could be tricky and dangerous in a high water year like 2017. Be prepared to get your shoes wet.

For the next few miles, the trail stays almost flat, with gentle climbs and even some downhills, along with some creek crossings during spring and early summer. At a junction about 2.4 miles in, say goodbye to JMT, which turns right. You continue straight and follow the sign for Minaret Lake.

At 4.25 miles, a nice flat cascade waterfall provides a nice spot for some photos. But don't linger too long, after a short switchback climb, you'll soon come upon the first view of the Minarets. Continue the gentle steady climb for another two miles, with mountains framing your view to the left.

At the last mile, you begin your final climb. This is the most challenging part of the entire trail, partly because of the altitude, partly because of some steep sections, but the end result is totally worth it. As you climb higher and higher, you'll be rewarded with a stunning panoramic view of the Minarets to your left. After some final scrambles over rocks, you'll arrive at Minaret Lake. Continue on the lake shore trail to explore the rest of the lake, or return on the same trail. 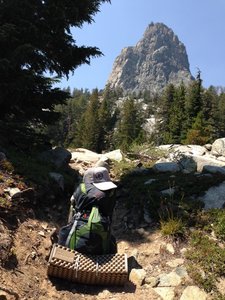 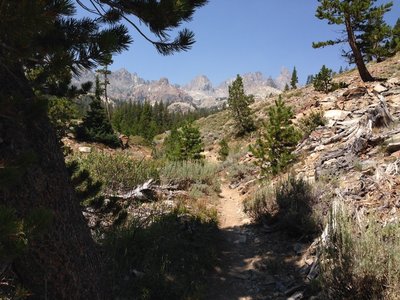 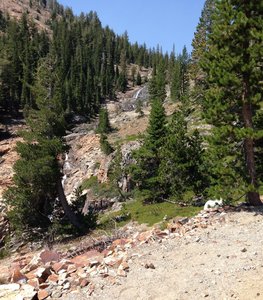 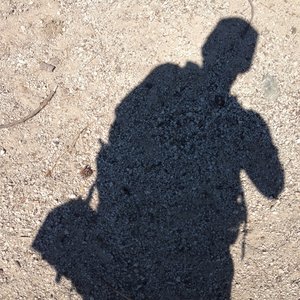