“A moderate yet challenging, forested run from Windigo to the rocky western shore of Lake Superior. ”

Not a suitable trail for runners, being too narrow with numerous roots and rocks, and segments so overgown the path cannot be readily seen.

Spectacular views of the rocky shore of Lake Superior reward runners halfway through this loop. Huginnin Cove is a scenic day stop or an overnight stay at the beachside camp sites. The trail is narrow and densely overgrown with head high foilage in areas, dense forest and crosses many streams and buggy marshes with foot-wide planking. Several up and down treks over heavily wooded ridges must be tackled going in and out.

Another moderate climb must be accomplished before reaching the rocky bluffs of Lake Superior along the western shore of Isle Royale. Continue along the bluff westward for elevated views of the Lake and distant shores of Minnesota and Ontario. The trail descends to the shores of Huginnin Cove, ending at the 3.3 mile mark. Campsites and a vault toilet can be found at Huginnin Cove, where runners can also can soak their feet in the cold water, skip stones from the cobblestone beach and enjoy the views of the lake and sea birds.

There is a marker for the West Huginnin Cove Trail, which heads south and begins with a steep 120-foot climb through dense forest. Descend and climb another steep 80-foot ascent. At the top, the trail turns east, where glimpses of Washington Harbor can be seen. Descend through dense brush before reaching the marked junction of the Washington Creek Trail back to Windigo. Return the way you came but come back changed.

The ruins of two log cabins are all that is left of the Wendigo Mines, which operated from 1890 to 1982 before failing. 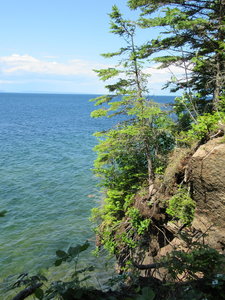 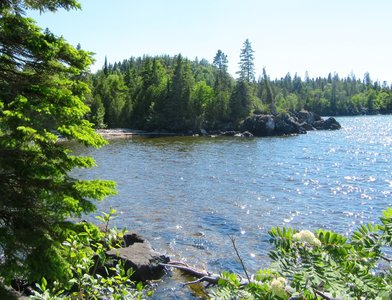 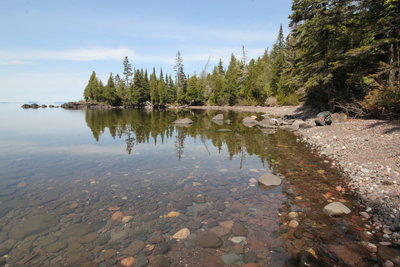 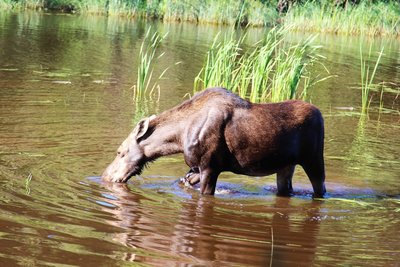 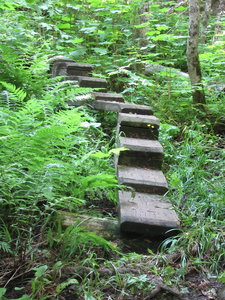 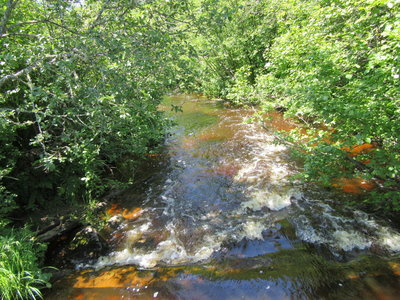