“An east-west journey filled with panoramic viewpoints and few people. ”

The final descent on this route is quite steep - watch your step!

Runners can access the southern rim of the Valley with destinations like Bridalveil Creek and Taft Point from the Wawona Tunnel or Glacier Point. This trail travels west along the south rim of the Valley, leading to beautiful vistas, such as Sentinel Dome, Taft Point, Dewey Point, and Inspiration Point.

Pohono is perfect for those interested in running a trail with fewer people AND stunning views. The spectacular peaks of the Clark Range are the backdrop to these vistas.

An optional 0.5 mile (0.8 km) side trail gains the summit of Sentinel Dome after approximately 1 mile of running from Glacier Point.

Most commonly used as a one-way (downhill) from Glacier Point, the Pohono Trail rewards runners with several viewpoints of Yosemite Valley from the south rim. East to west, these views include Taft Point, Dewey Point, Crocker Point, and Stanford Point.

Starting from Glacier Point, head west on Pohono Trail. From here there is a short rise to an intersection with Sentinel Dome Trail (take that if you're interested in a side trip). From Sentinel Dome, Pohono undulates often, generally trending downhill, however.

Bypass the intersection at ~2.7mi with Taft Point Connector and continue west. Be sure, however, not to miss Taft Point itself. The views are stunning. From there, only McGurk Meadow Trail and Dewey Point Trail intersect Pohono.

Of course, in classic Yosemite fashion, this run's crescendo culminates at its end - Tunnel View. Even though this trailhead is a crowded parking area it hosts absolutely stunning vistas of the surrounding Yosemite Valley.

Longer trips such as this are generally characterized by rolling, forested terrain, meadows, wildflower extravaganzas, and fewer crowds. 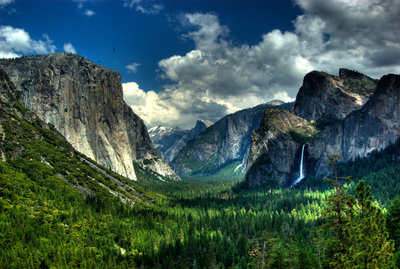 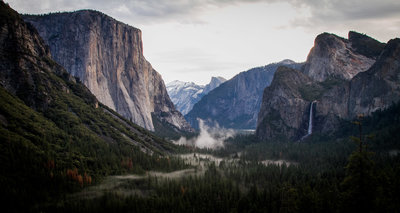 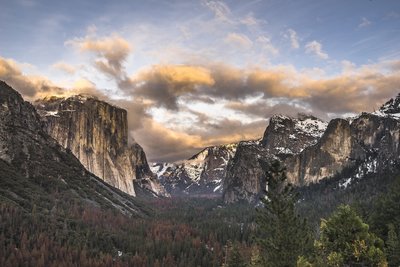 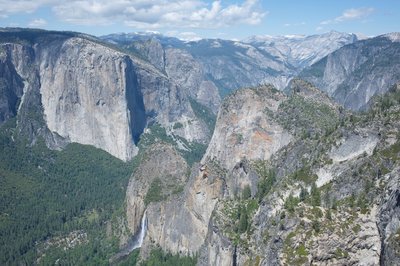 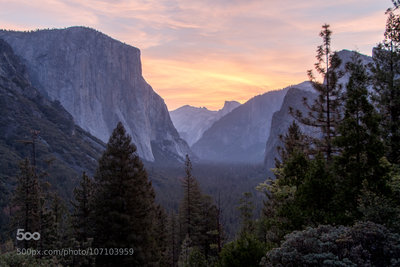 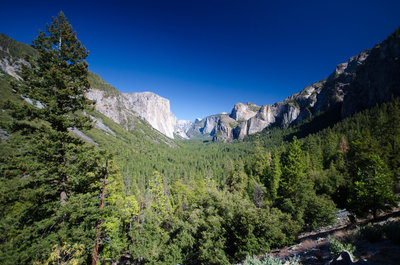