“A stunning set of switchbacks on Yosemite Valley's south wall. ”

The Four Mile Trail follows a series of switchbacks down the south wall of Yosemite Valley. Although lacking shade during the heat of summer, this trail has no lack of viewsâ€”El Capitan and the Cathedral Rocks tower to the west, while Yosemite Falls plummets in the north and Half Dome looms eastward. The trail ends about a mile west of Yosemite Village, which is accessible by riding the El Capitan Shuttle (summer only) or by crossing the Merced River on Swinging Bridge.

This trail begins near the base of Sentinel Rock and climbs to the top of Yosemite Valley at Glacier Point. The trail maintains a continuous steep grade, following the path of an old toll trail that was completed in 1872. The trail has changed a bit over the years; it is now closer to five miles than four (and of course there is no more toll). Spectacular views of Yosemite Valley, El Capitan, Yosemite Falls, and, eventually, Half Dome await those willing to tackle this strenuous trail. Don't skip the side trip to enjoy the view of Yosemite Valley from Union Point, located a bit over two-thirds of the way up.

The Four Mile Trail ends at Glacier Point, where restrooms, parking, and a snack stand (summer only) are available. You can choose to run back to Yosemite Valley by reversing your route or by continuing on the Panorama Trail, which brings you to the Happy Isles Trailhead in another 8.5 miles (13.7 km).

Seasonality:
The Four Mile Trail typically opens for the season sometime in May and closes below Union Point due to treacherous conditions after significant snow accumulation (usually by November or December). After major snowfalls, the entire trail may close. When partially closed, only the lower three miles (5 km) are open to the gate below Union Point; good views of Yosemite Valley are still possible, although Glacier Point and Union Point would not be accessible. This lower section is also very icy and slippery during winter and early spring. 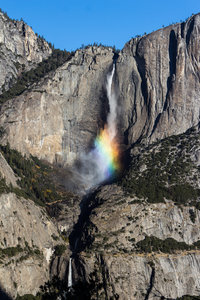 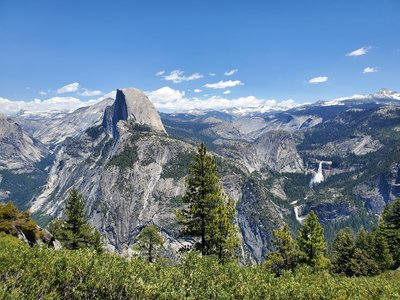 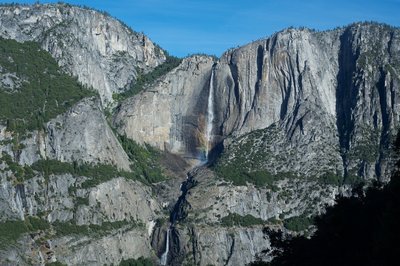 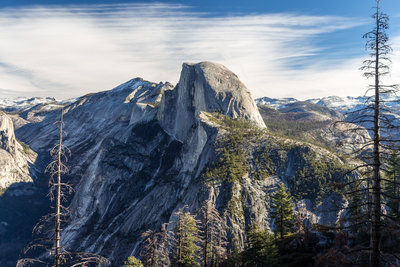 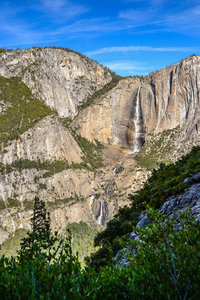 All Clear 34 days ago See History