Trail shared by Brian Smith with improvements by Jean-Claude Linossi

The critical fighting at First Manassas (Bull Run) centered on Henry Hill. This trail begins behind the visitor center, leads past Ricketts' Battery of Union artillery, and continues to the rebuilt Henry House. In the yard of the 1870 house is the grave of widow Judith Carter Henry, who was mortally wounded by artillery fire and the only civilian killed during the first battle. Behind the house is an 1865 monument erected by Union soldiers in "Memory of the Patriots who fell at Bull Run." From the Henry House the trail continues north to the location of Imboden's Confederate artillery overlooking Matthews Hill- occupied during the morning phase of the battle - and then across the fields to the site of the Robinson House, where Col. Wade Hampton led his South Carolina troops into the battle.

The trail loops back along the Southern line, where Brig. Gen. Thomas J. Jackson received his famous nickname "Stonewall" from Brig. Gen. Barnard Bee, to the site where Confederate infantry captured artillery from Capt. Charles Griffin's Union battery- a major turning point in the battle.The final stop faces Chinn Ridge where, late in the afternoon, a Confederate attack crushed Gen. Irvin McDowell's right flank and began the rout of the entire Union army.

Some large eastern trees and lots of grass. 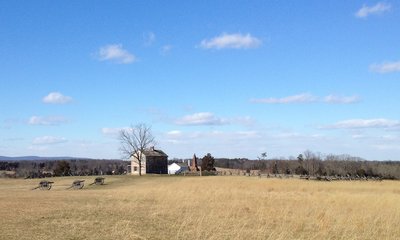 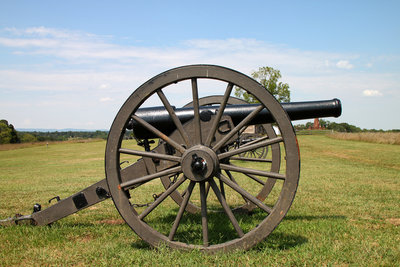 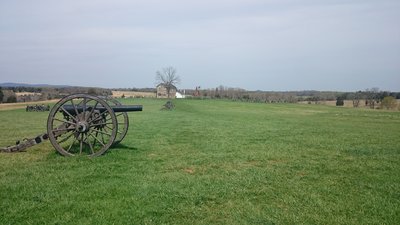 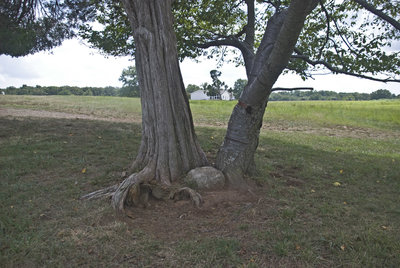 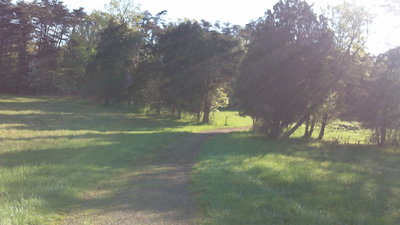