“An easy walk along followed by a short climb to one of the best views in the Adirondacks. ” This is an easy run from Horseshoe lake along a wide dirt road followed by a short steep climb to an exposed ridge which has stunning views over the Bog River Flow and the heart of the High Peaks of the Adirondacks. The dirt road is occasionally open to cars (it is the access road for a boy scout camp).

Just before the climb you'll stop at Low's Upper Dam, which has a small waterfall and is a popular launching area for canoes and kayaks. A short walk to Hitchins Pond has a picnic area with lake views at the site of Low's Manor (now just a foundation remains). A family of Bald Eagles nests on Hitchins pond and can frequently be seen in the area. Loons are also plentiful.

The climb to the ridge is short but steep. No scrambling required, but it is a workout! The ridge makes a great spot to stop for lunch, but just before the climb, if you turn on the small trail going left, there is a picnic table on Hitchins Pond which is also ideal for meals.

With low grades and minimal crowds, this is great for a trail run.

The trail starts where the dirt road is closed off by a gate. Follow a smooth level dirt road along a series of wetlands and through woods until you reach Low's Upper Dam. You'll see a dam, a trail to the left leading down to a picnic area on Hitchins pond, and the road continuing ahead.

Leave the road and turn right, past a sign indicating 1.1 miles to Low's Ridge. The trail passes old foundations of what used to be Low's manor compound, and then winds up through forests, fern patches, and grassy clearings steeply and steadily uphill.

Just when you're ready for the climb to be over, it is, and you come out on Low's Ridge, a long exposed stone ridge with beautiful views to the east, encompassing the Bog River Flow, Hitchins Pond, the start of Low's Lake, and a huge vista over the Adirondacks. On a clear day you can see Mount Marcy! The return just follows the same trail back.

Bald eagles and loons both live in the area.

The Low that everything in the area is named for is Abbot Augustus Low (died 1912), a Brooklyn native who ended up owning around 32,000 acres around the Bog River Flow. The remains of his lumber empire are all around this route and general area. 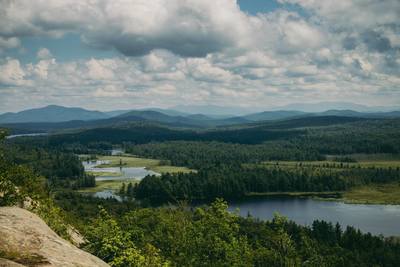 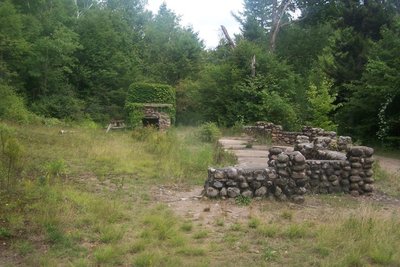 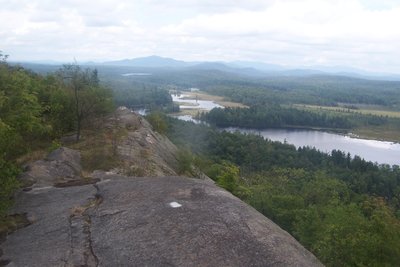 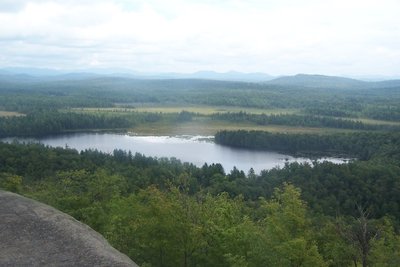 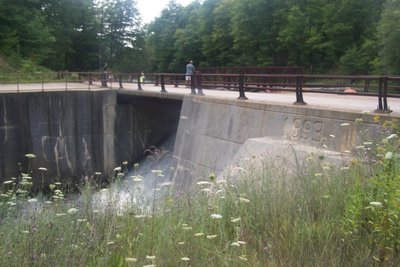 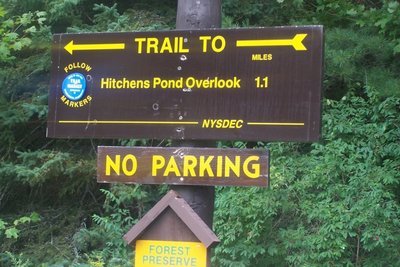