4.2 (18)
Plan with onX Backcountry
Previous Next

“A great route on well maintained trails in the Manassas Battlefield National Park. ”

Open daily from Dawn to Dusk.

This is a nice route through one-half of the Manassas Battlefield. The terrain is not too tough. Follow the trails and learn some history.

Everything is pretty well maintained and while you'll see people along the way, it's not super crowded at all.

This route is a mix of open air and woods, so plenty of shade. Except for it when there is not!

Parking at the visitor center is free but can fill up on nice days. There are a few other lots along the route though.

No water along the way. Not super steep but some small hills. Lots of people walking dogs on nice days. Also, there are horse trails throughout. Be safe and courteous when passing horses.

The trail begins at the visitor Center and heads north, past the Stone House (open seasonally), to Buck Hill where Pope established his headquarters. From Matthews Hill, visitors can look west to the area of the unfinished railroad where Stonewall Jackson placed his Confederate forces.

The trail continues along the graded railroad bed leading to a clearing at the Deep Cut, the scene of a bloody battle where Jackson's troops turned back a major assault, then turns south and passes the Lucinda Dogan House (one of three surviving Civil War-era structures in the park).

Moving across the road, the trail winds upward towards New York Avenue where monuments mark the site where the 5th and 10th New York regiments were slaughtered in a massive Confederate counterattack that swept eastward toward Chinn Ridge. After touring the Chinn Ridge area, the trail leads back to Henry Hill, where the final struggle during Second Manassas played out.

Lots of deer during the spring and fall. I swear I smelled a bear one day. Not sure you would call dogs fauna, but there are lots of dog walkers. Most of them are well behaved (the dogs, that is).

This trail leads visitors through the climactic stages of the second battle at Manassas that paved the way for the Confederate invasion of the North. Fighting occurred over three days in late August 1862 between Confederate troops under the command of Gen. Robert E. Lee and Union forces led by Gen. John Pope. 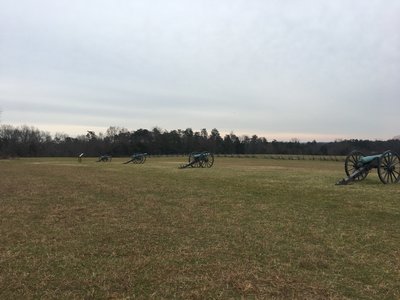 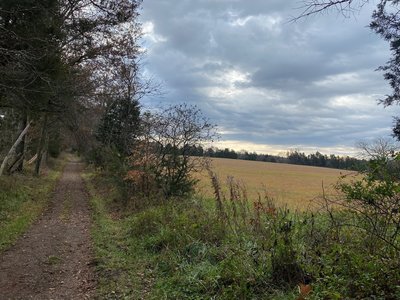 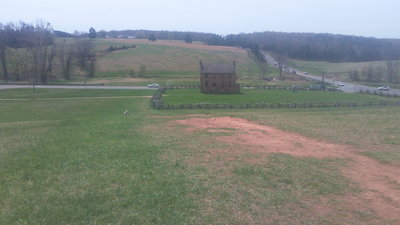 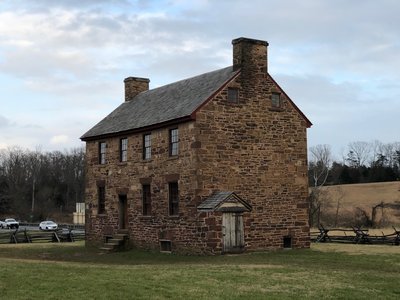 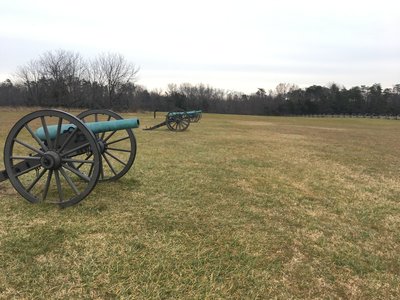