“A hilly and tree-covered trail in the heart of Nacogdoches. ” This is a common route through a series of named trail sections. Occasionally you may encounter a cyclist or runner, but the difficulty level keeps the casual walkers away. The tree cover is great in the summer.

The trails can be confusing the first few times. It's a lot of trails winding through a small area, and it's easy to lose your bearings. But it's good hill work without traveling to the Texas state parks in Tyler or Huntsville.

There is ample parking at the trailhead, along with a large color map of the trails. The trail is in the middle of town, so there are gas stations and restaurants nearby if you need water, food or fuel.

Moderately technical. Lots of roots and small rocks but no climbing. Constant elevation changes - you are either going up or down, but rarely on a flat. There is no water source.The largest continual incline is within the first half mile, but elevation varies after that. After a rain, there will be some soggy parts and the wooden bridges will be slick.

At the trailhead, the trees have been thinned out to accommodate an azalea garden. An asphalt trail takes you back to where the forest begins. You'll cross the creek on a wooden bridge and take a hard right onto the singletrack. This section is called Creekside.

As the trail turns you away from the creek, you'll see the trail's largest continual incline, Perimeter Trail. At the top of Perimeter, at the water tower, hop over to Gateway Trail and follow it around to Rocky Road. Rocky Road has a few rock obstacles, so be careful.

After Rocky, you'll automatically route onto Coat Hanger, and descend three switchbacks. Coat Hanger is the furthest section and has a small loop at the bottom. After the loop, you'll ascend Coat Hanger and veer right onto Bois d'Arc. Bois d'Arc will join back up with Gateway. At the water tower, take Labyrinth down the big hill rather than Perimeter. Labyrinth spits you onto Creekside, which takes you back to the bridge.

There are many ways to route through the sections, but this is a common route. There are more sections in the system that aren't included in this description. They are very short and technical, used mostly by advanced mountain bikers.

The very beginning of the trail (.15 miles) runs through an azalea garden. Watch out for armadillos and possums after dark and deer at dusk and sunrise. June is turtle time! 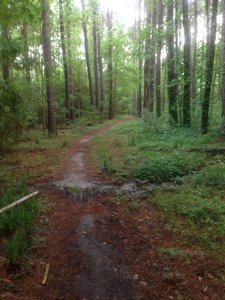 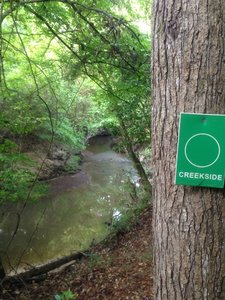 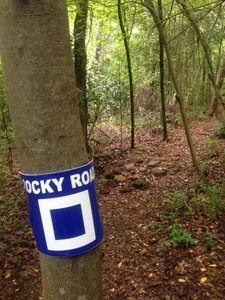 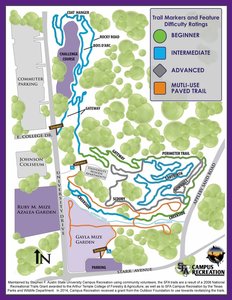 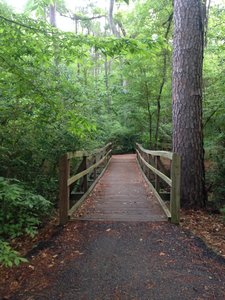 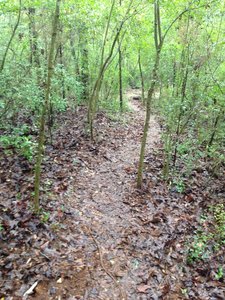