“A stunning scramble up one of Colorado's most scenic mountains. ”

If you bring a dog on this you should probably be reported to the ASPCA!

As this trail is a sustained class 3-4, it can be scrambled fast but not run. Approach shoes are recommended over trail runners, although any sturdy hiking boots or trail runners will suffice.

This trail blurs the line between running and introductory mountaineering. Crestone Peak is one of Colorado's harder 14ers, and, though a ton of fun to climb, has claimed the lives of many hikers over the years.

From the summit of Broken Hand Pass descend down the other side to Cottonwood Lake on a switchbacking dirt trail, losing about 600 ft of your hard-earned ascent work. Continue with the lake on your left down the trail, turning right up a small basin created by the ribs of Crestone Peak and Needle.

Continue up a grassy slope on a well-cairned trail. After walking up some steps created by trail crews, you'll see the unmistakable "Red Gully" to your left, starting at about 12,500 ft. Continue on the trail to reach the gully. This is where the fun begins. The remaining 1700 ft of climbing is scrambling on extremely solid rock. Grades, while steep, are still low enough so that few falls would prove fatal. That said, a helmet should be worn at all times, as any climbers accidentally kicking down rocks will funnel them right down the gully toward you!

Continue up the gully, switching from its left to right side as needed to find the best rock. Reach a notch at 14,100. This is the top of the gully. A short class 3 scramble, similar to those in the gully but slightly more exposed, will take you to the summit. From the notch: left for Crestone Peak summit, right for East Crestone (another summit on the Crestone massif, too lacking in prominence to be considered another mountain).

Enjoy some of the best views in the state from here. The Blanca massif is south, the San Luis Valley to your west, and South Colony Lake and 14ers Kit Carson and Challenger to your north.

Return on the same trail or take the class 5 Crestone Traverse to Crestone Needle.

While you may see some pika, marmots, and wildflowers near Cottonwood Lake, it's rocky from there on up. Expect to see little wildlife, but lots of solid Crestone conglomerate rock. 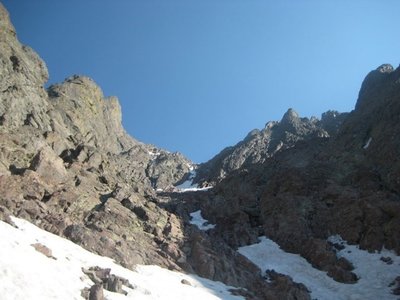 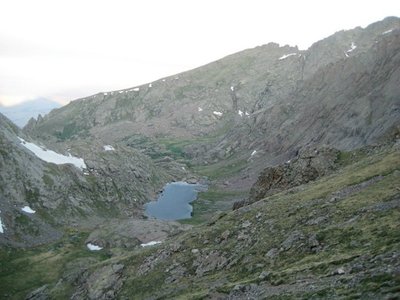 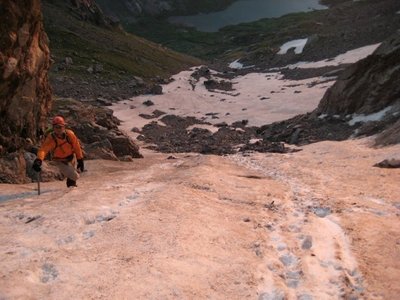 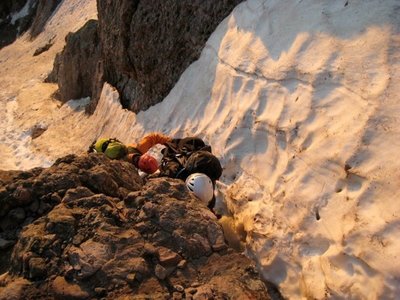 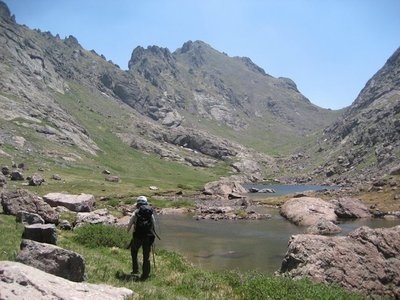 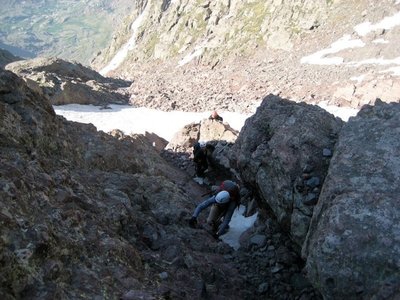