“This forgotten, solitary trail explores old growth forest in the northwest reaches of the park. ”

Some downed trees and encroaching overgrowth.

Some folks prefer to do this excursion as an out-and-back, others arrange a car shuttle to make it a one-way trip. Huckleberry Creek Trail leaves Road #7340 soon becoming a more established trail, crossing Lost Creek and entering mossy old growth forest. Follow Huckleberry Creek on its eastern bank, arriving at the national park boundary and patrol cabin after about 1 mile. This log cabin is no longer in use.

Continue up the serene, lush valley, crossing over Josephine Creek via a bridge. Some of the remaining creek crossings do not have bridges and require careful rock hopping. The gradient steepens after crossing Prospector Creek and pitches up again through thick huckleberry bushes on the climb to Forest Lake.

Tranquil Forest Lake is a nice destination for backpackers. The picturesque lake is nestled in a round basin in the shadow of Mount Freemont to the southwest and McNeeley Peak to the southeast. Switchback up the eastern flank of Mount Freemont and cross scree or snow to reach some truly beautiful alpine wildflower meadows. Press on through tundra and rocky talus fields, switchbacking steeply uphill to reach a notch in the Sourdough Ridge. Admire the magnificent, full-on views of Mt. Rainier from this spectacular vantage point. The Huckleberry Creek Trail ends here at its junction with the Sourdough Ridge Trail.

Historical note: this trail was originally used by Native Americans as a way to reach berry patches and hunting grounds. Subsequently it was used by miners, trappers and finally by park personnel who needed a way to monitor and protect this part of the park. 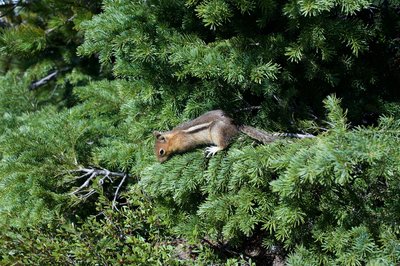 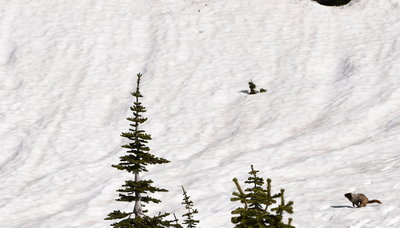 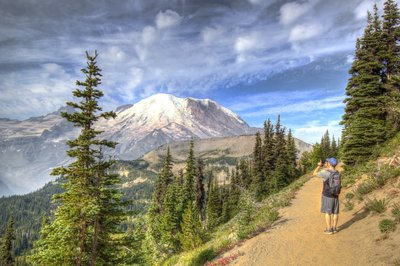 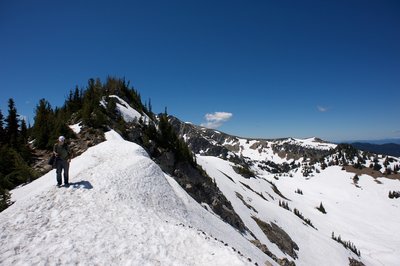