“An enjoyable loop with historical ski area relics and views of Ketchum. ”

The area marked for parking is not restricted and cars parking in the marked spot will be ticketed.

Easy access from the neighborhoods of Sun Valley make this route convenient for a nice workout.

This trail has a mostly fine gravel and dirt surface, that makes for smooth, easy running.

Head up either of the two paths directly from the parking area. Soon they both converge at the intersection of a doubletrack road with a rock outcrop on the left. The Proctor Loop Trail can be done in either direction, but the recommended direction starts with the left fork indicated by the signpost.

The trail starts out wide and flat but quickly becomes singletrack with a fine gravel and dirt surface, that makes for very smooth, easy travel. Progressing up through the valley with a prominent tree-less hill on the left, the trail passes alternately through stunted aspen groves and grassy areas with wildflowers. Upon reaching a series of somewhat steeper switchbacks, the denser evergreens offer shade and provide the trail with a soft carpet of needles.

The second switchback deposits you at a trail junction with the Aspen Loop. Continue on the Proctor Mountain trail to the right and traverse back and forth up the headwall at the top of the valley. The remainder of the trail is without shade. Reaching grassy saddle affords a view over the backside of the range and Sun Valley ski area (Bald Mountain) ahead. The highpoint of the trail skirts the flank of its namesake, Proctor Mountain (7798 ft) sweeping through scrubby sage and becoming very slightly rockier.

Keep a sharp eye out for an abrupt right turn off the main sweep of the trail - this unsigned turn heads west towards a bald saddle and knoll (taking the southern fork leads to switchbacks down a valley on eventually less worn trail). From this knoll, views of Ketchum and its golf course emerge and the trail plunges steeply down the ridge.

The descent eases approaching Ruud Mountain (6705 ft) with its single-seat chairlift, built in 1938. The Ruud chairlift, which operated until the early 1960s, was the third chairlift installed in this area. The first operating chairlift in the world was built in 1936 on Proctor Mountain, and its remnants can still be found in the grass. Continue down the ridge past occasional small aspen groves to the trail junction and trailhead. Note: bikes are not allowed on this trail.

in Sun Valley and Ketchum

in Sun Valley and Ketchum 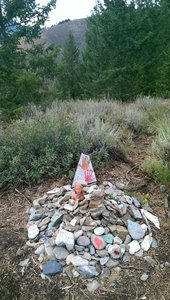 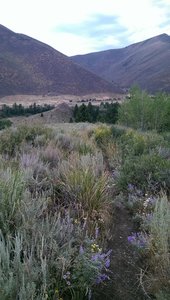 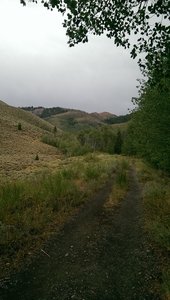 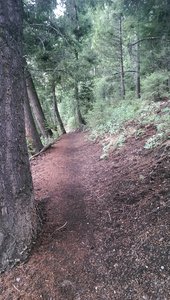 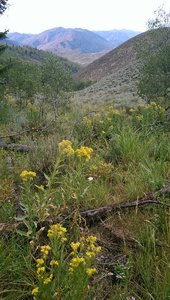 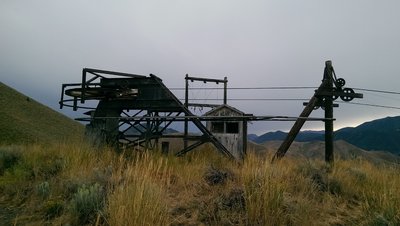