There is a small complex of restored Anasazi ruins along Hwy 95 at Mule Canyon, west of Blanding. They are interesting and worth looking at for a few minutes. The name of the ruin (House on Fire) comes from the swirly, striated patterns on the rock roof above the structures that turns a brilliant red in certain lights - making it look like an inferno is engulfing the roof of the rooms. It is also called the Flaming House Ruin or the Flaming Ceiling Ruin.

The ruins are not directly on the trail, so at about mile 1-1.2, look to your right (north) for rock structures along a cliff alcove about 50 feet above. A side-trail threads through some bushes to the base of some low-angle slickrock. Follow this and rock pile cairns to the base of the ruins. As with all historical archaeological structures, do not touch or disturb them and do not remove anything. Keep kids out of the structures. These rooms are not actually houses, but instead are granaries used by Anasazi Indians to store corn and other crops. A popular activity is photographing the "fire" which only appears late morning on clear days when sunlight reflects off the opposite canyon wall.

The real attractions in Mule Canyon are the untouched and lesser-known ruins farther up the canyon, which you've got to run further to see. You need a permit from BLM to day run here. You can get a permit from the self-serve post at the trailhead.

Half-Day Run: To reach the first "House on Fire" ruin, take the House on Fire Ruins Trail for about 1 mile from the trailhead. To see the more remote ruins,continue past House on Fire, further up the canyon towards the northwest. There is an obvious trail in the canyon bottom. It is fun to try to find these additional ruins in the next 4 mile stretch up canyon. 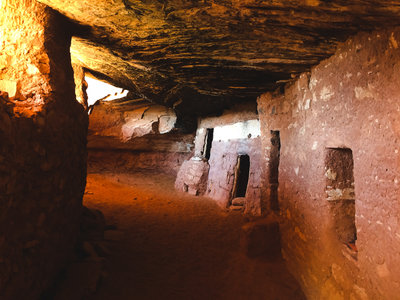 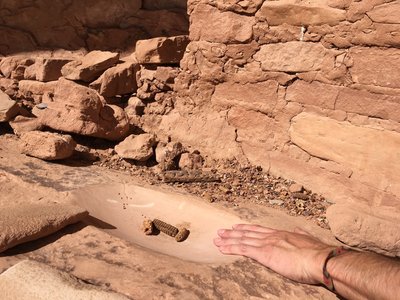 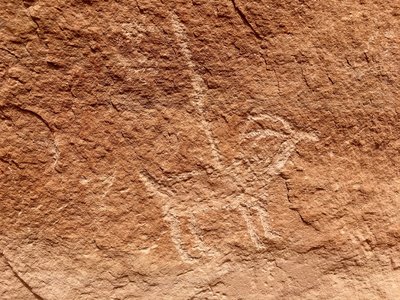