“The High Line Trail leading from north of the Phipps Park lot to Indian Cliffs. ”

This has been hidden from our maps to prevent overlap with existing trails, or because our research has found there is no legal access.

Much of the trail is on state land so you are supposed to have a recreation permit to run/hike/bike there. If you have a hunting/fishing license I think that covers you.

Just watch out for mountain bikers. A local bike club has been responsible for laying out many of the trails, especially in "The Back Nine" section where I believe it is private property. Respect their efforts and the landowners preferences and stick to established trails.

Park at the Phipps Park lot and make your way back east along Molt Rd under the train bridge on the West Parking Connector. Just off the north side of Molt Rd is a gap in the fence where you can access a dirt road that parallels the train tracks. At the fork in the trailhead go left, cross the train tracks, and then climb over the fence where there are a couple of wooden steps installed.

At this point, you'll see a trail map for the western part of the route (known as "The Back Nine" which encompasses many individual trails). There are many trails in the area and maps are generally found where trails intersect. For this map, I took the western route up the hill. Going up the eastern route cuts about a mile off the route.

When you get to the top of the butte, head right. There's one spot maybe 1/4 mile after you reach the top where you'll need to scramble down some rocks to stay on the main trail. If you're not paying attention it looks like the trail goes straight. I'm not sure where that would take you but I would think it ends pretty quickly.

About a mile before you reach the end, there is a little pond where there are frequently some cattle. Bear left as you pass the pond and go up the hill. If you go right, you'll add maybe 1.5 mile to your outing but will eventually end up at Indian Cliffs.

There is parking at Indian Cliffs just off Apache Trail. Your can choose to take the trail in reverse if you prefer.

in The Back Nine

in The Back Nine 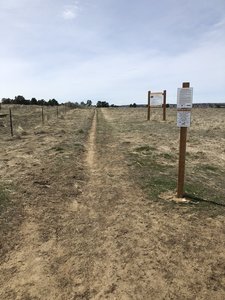 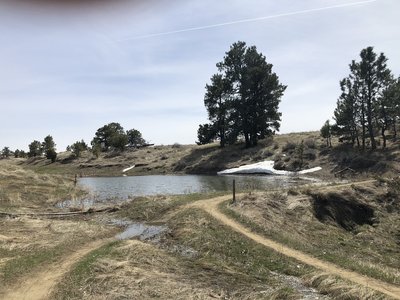 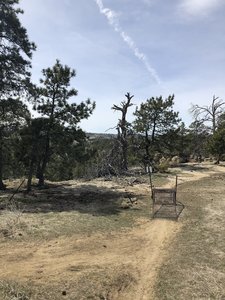 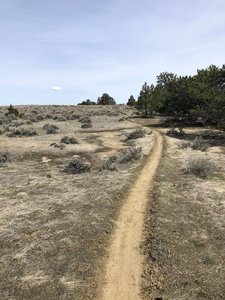 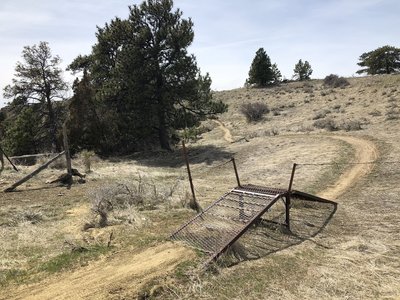 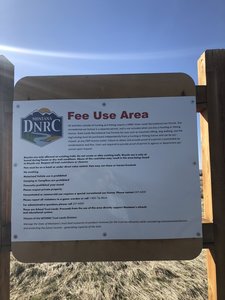