4.0 (4)
Plan with onX Backcountry
Previous Next

“A mountain bike trail with good running opportunities, and very cool views. The first 4 miles are the best. ” There are some steep hills that are great for the mountain bikers but will slow you down. The trail itself is clear for most areas; the burn zone was really clear compared to the last time I went through.

Our group started this loop trail at the North Waldo boat launch and moved north on the Jim Weaver Loop, which is an alternate name or this loop circumnavigating the lake. The trail is only periodically marked, but there are enough blazes to navigate, especially if you bring along the Trail Run Project mobile app, a GPS, or a map. We took a photo of the wooden map at the boat launch, which helped with navigation. The first 2 miles pass through a burn zone on the north side of the lake, and then traverses the headwaters of the Willamette River (central fork).

After passing through some beautiful forests with views of the lake and then some scree zones, you settle into a gently undulating trail for the rest of the trip. It's about 13 miles from North Waldo to Shadow Bay moving counter-clockwise, and then about 8 miles from Shadow Bay Campground to North Waldo as you continue on. There are lots of huckleberries to be had in August, but few opportunities for water - either bring plenty or consider purification of lake water (which is already considered "safe to drink" but use a steri-pen or filter to be sure). Waldo Lake also permits dispersed camping, which we've done via kayak but not via trail.

Huckleberries galore if you get the right season. Heard plenty of birds and saw a few chipmunks, but the only animals to be worried about are the bees - lots of BEES, though we didn't get stung. 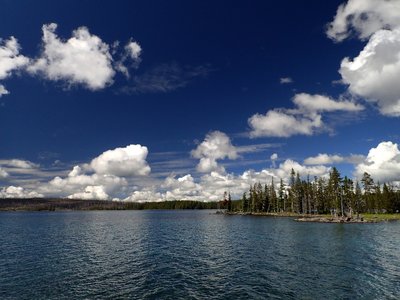 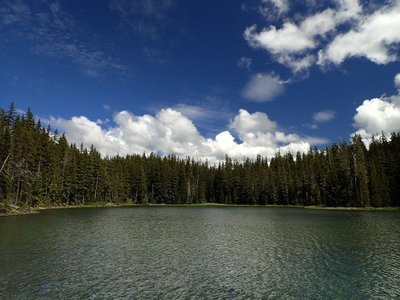