“A hidden gem with great trails, views of the Great Salt Lake, and Buffalo! ”

This is the route used by the yearly Buffalo Run races. A single lap is equivalent to the 25k, and 2 laps would equate to the 50k. The entire run gives you views of the Great Salt Lake as far as you can see.

It does cost $10 per vehicle to cross the causeway and access the island. There is a parking lot at the entrance if you want to meet others and consolidate into a single vehicle. That parking lot is free to use. The island officially opens at 6am, but the gatehouse isn't staffed until 9am. If there is no attendee, you can put money into an envelope and leave in the drop box, or pay on your way out.

This route uses about 1/3 singletrack and 2/3 fireroad. 100% of the trail is dirt, has a fair amount of vertical gain, and covers a good portion of the runnable terrain on the island.

Park at the White Rock trailhead (Map available when you pay at the causeway). Make a sharp left at the trailhead (at the fence) and head uphill on White Rock Loop. Stay on this trail and follow it as it goes on the saddle on the east side of the island. The trail turns back west. When you get to the fork with the bench, keep going straight on White Rocks Loop Road and up the hill, then head out on the Split Rock Loop Trail, going down Death Valley first.

The full loop will bring you back to the same spot. For here, head back towards the east until you get to a sweeping left fork in the trail on the saddle. Go left here and follow the trail along the hillside and around to the front side. Go down the hillside back to your car at the White Rock trailhead. The elevation gain for each trip around is about 2000.

A herd of buffalo roams the island freely and can be seen on almost every visit. Island is fairly devoid of any interesting vegetation however with the exception of a few trees.

John C. Fremont and Kit Carson made the first known Anglo exploration of Antelope Island in 1845. The Island was named after the explorers observed several pronghorn antelope grazing on the rangelands.

Fielding Garr established the first permanent residence on the island in 1848. The ranch house he built is the oldest Anglo-built structure in Utah still on its original foundation.

The island and ranch passed from owner to owner until 1981 when the State of Utah purchased the 28,000-ace island for a State Park. 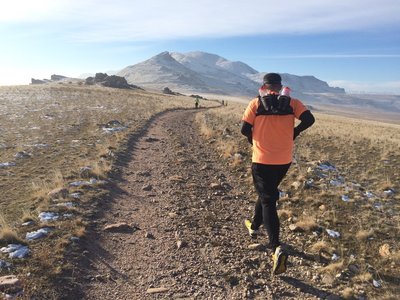 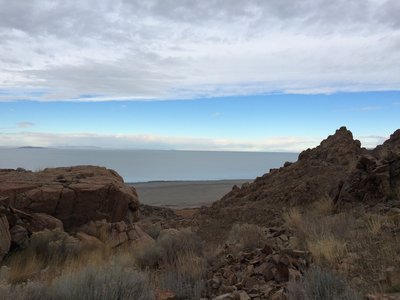 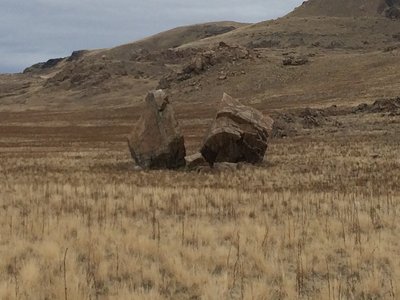 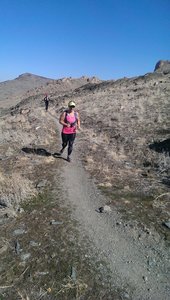 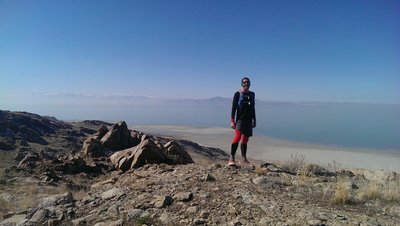